Assassin’s Creed, Watch Dogs and Far Cry: what was shown at Ubisoft Forward? 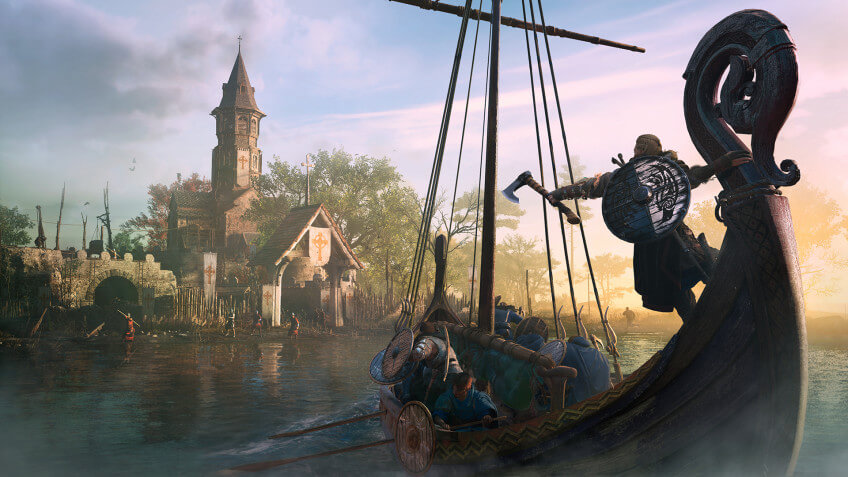 Ubisoft held the debut show Forward, where it presented several important announcements, but many other companies saved it later — before the end of the year there will be a second “Forward” with other games of the company.

Watch Dogs Legion will be released on October 29 on the PS4, Xbox One and PC, and the plot of the plot will be a terrorist act that the British government “hung” on hackers DedSec. The main task of the players is to find the perpetrators and clear the name of the group.

A fresh trailer was shot by Alberto Mielgo, director of the Witness series from the anthology Love, Death and Robots.

A gameplay trailer that shows different ways of completing the same mission thanks to different characters — for the builder, hacker and local guard.

In the final of the presentation, the developers demonstrated the gameplay for a professional mercenary in the style of John Wick. Many animations of the hero, like the scenery, resemble certain scenes from the action movie with Keanu Reeves.

The release of the game on the PS5 and Xbox Series X will take place shortly after, and the owners of the project on the PS4 and Xbox One will receive free updates to next versions.

Gameplay presentation of Assassin’s Creed Valhalla. The game will be released November 17 on the PS4, Xbox One and PC. Later, the release will take place on the PS5 and Xbox Series X.

As previously reported, social stealth is indeed returning. The video also shows the combat system, raids on the fortress, the player’s personal settlement and much more.

Another 30 Minutes of Gameplay

The debut trailer for Far Cry 6, where the role of the villain went to Giancarlo Esposito.

Game is released February 18 on the PS5, PS4, Xbox Series X, Xbox One and PC. Buyers of the game on the current generation of consoles will receive a free update for next generation.

The plot trailer for Hyper Scape — the dynamic royal battle of Ubisoft Montreal, which takes place in the world of the distant future.

Open testing on the PC has already started. The release on consoles will take place before the end of the year.

A fresh trailer for the mobile Elite Squad, which brings together characters from games under the Tom Clancy brand.

Due to technical problems, the promised rewards, Watch Dogs 2 for PC, a jacket for Watch Dogs Legion, a cache key for The Division 2, and a Moonlight ax for Assassin’s Creed Valhalla, will be given to everyone. How exactly, however, is still unknown.