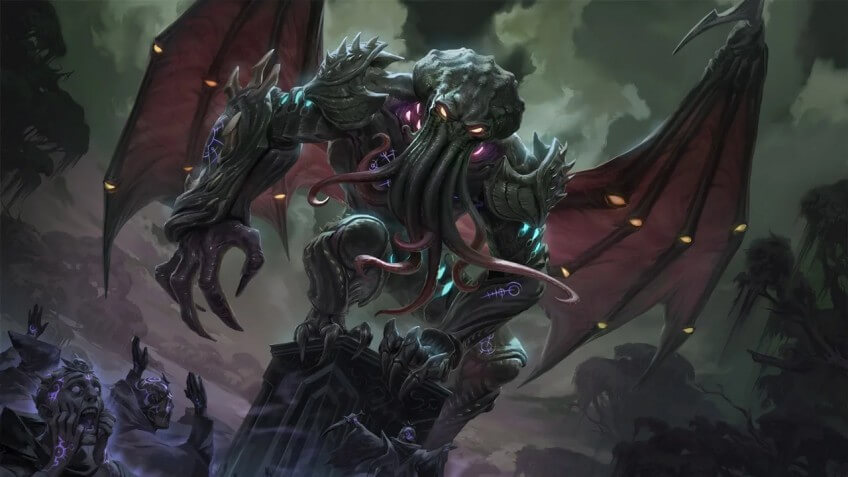 Titan Forge Games has announced that Cthulhu, the Great Ancient of Howard Lovecraft, will become the new playable SMITE character. Below you can find a cinematic trailer in which the authors introduced a new god.

The developers say that Cthulhu is the first of the pantheon of the Great Ancients in SMITE (which hints at the appearance of others in the future), and his abilities and appearance remained true to the literary image.

As for the gameplay, the developers suggest that Cthulhu will best prove himself on the line alone and, possibly, with a partner. The hero is able to “tank” a huge amount of damage, but at the same time he can inflict decent damage and neutralize opponents.

Cthulhu will also be able to drive enemies crazy so that they can later “break” them, striking with a special skill. With each broken enemy, the Great Ancient will become even more tenacious.

In addition, Cthulhu will be one of the largest characters of SMITE (only Jörmungand is higher), however, during the application of the ultimate ability, the new hero will become the largest.

Cthulhu will be added to SMITE in June.