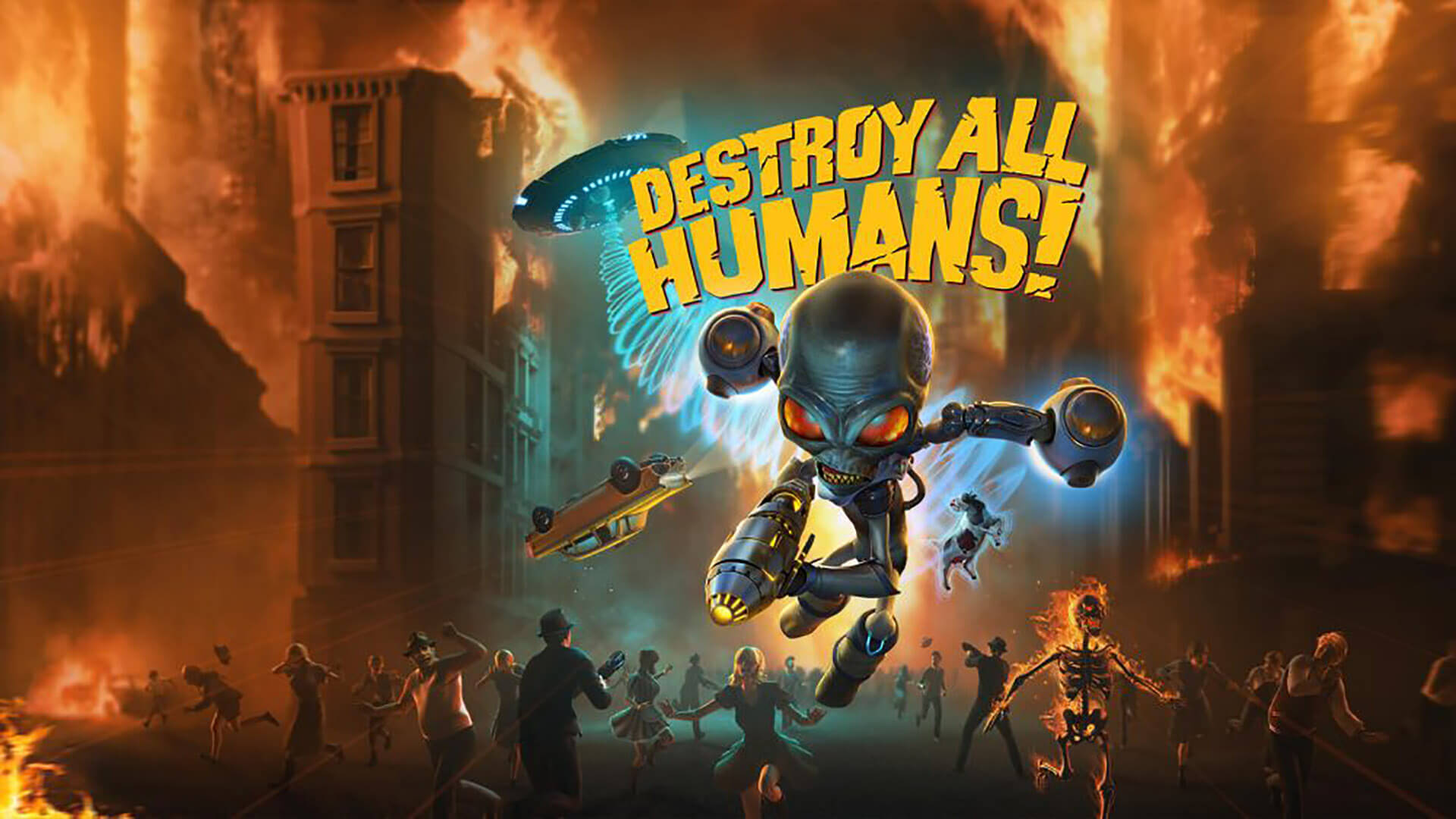 THQ Nordic decided to spend this summer under the sign of the return of the classics. In mid-June, a full-fledged continuation of the cult series Desperados was released, a little later a remake of SpongeBob SquarePants: Battle for Bikini Bottom appeared, and by the end of the second summer month, the alien Krypto from the famous fifteen-year-old game returned to Earth. Destroy All Humans! sample of 2020 from the studio Black Forest Games – a remake from among those that are trying to modernize only the technical component, leaving the fundamentals of the gameplay and the plot unchanged. But will this very gameplay be relevant for the modern player after so long?

It would seem that representatives of the powerful Furon race can find interesting things on a remote planet called Earth? While stupid little people are just beginning to explore space and compete with each other, who has a longer rocket, and a thicker nuclear arsenal, the Furons have long been “surfing the universe.” But the crash of one of the flying saucers during a missile test conducted by the United States leads to the fact that people not only capture samples of extraterrestrial technology, but also get their hands on one of the aliens. The protagonist of DAH! named Crypto-137 goes to Earth to rescue the prisoner, but it soon turns out that the earth’s biosphere, in particular the people themselves, is valuable for the survival of the gradually degenerating Furons.

The fact is that as a result of long years of evolution, accompanied by numerous wars, aliens have lost the ability to reproduce naturally (they simply lost the body parts necessary for the exciting process that precedes conception). Cloning solved the problem, but only for a while – with each new clone, the Furon DNA becomes less and less stable, which negatively affects the viability of the species.

Fortunately, the homo sapiens inhabiting the Earth turned out to be long-standing descendants of the Furons – many thousands of years ago, the crew of one of the starships visited our planet and “had a little fun with the local population.” As a consequence, every human’s brain stem contains precious alien DNA that can be extracted and used to restore the lost abilities of the alien species. 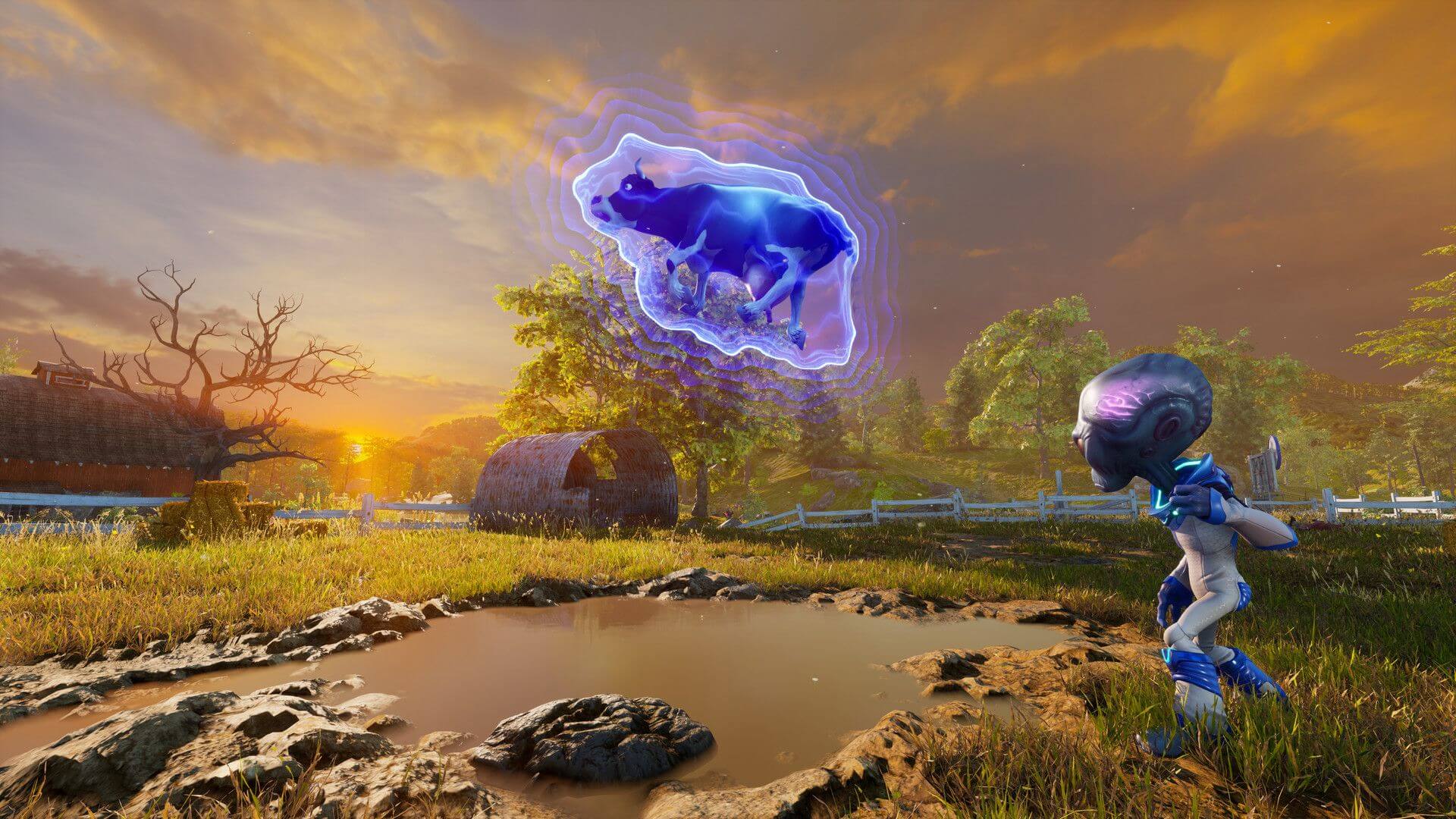 Crypto will have to overcome many dangers on its way – from the civilian population, intimidated by stories of “green men”, to the military, who see the communist threat everywhere. But the main enemy of the Furons will be a mysterious organization that seems to be aware of a sudden alien invasion – these people have their own plans for aliens in black.

Plot of the Game

The plot of the re-release meticulously follows the original: the voice acting files were taken from the 2005 game, and the cut-scenes are almost exact copies of old videos. DAH! – a parody, and a very evil parody: humor here is literally on the verge of what is permissible. Humanity is a bunch of scum and idiots who can’t see beyond their own noses, and in terms of love for their neighbor, seemingly evil aliens can give people a big head start.

Crypto knows how to read the thoughts of every person, but they differ little from the contents of the skulls of cattle – it is not surprising that the alien initially mistook the cows for the main inhabitants of the planet. Ordinary residents think only about how to have fun, and the military, ready to blame any danger on the intrigues of the “red-bellied”, rush to destroy anyone who doubts the “true American values” (which, apparently, correspond to the thinking of the common people). 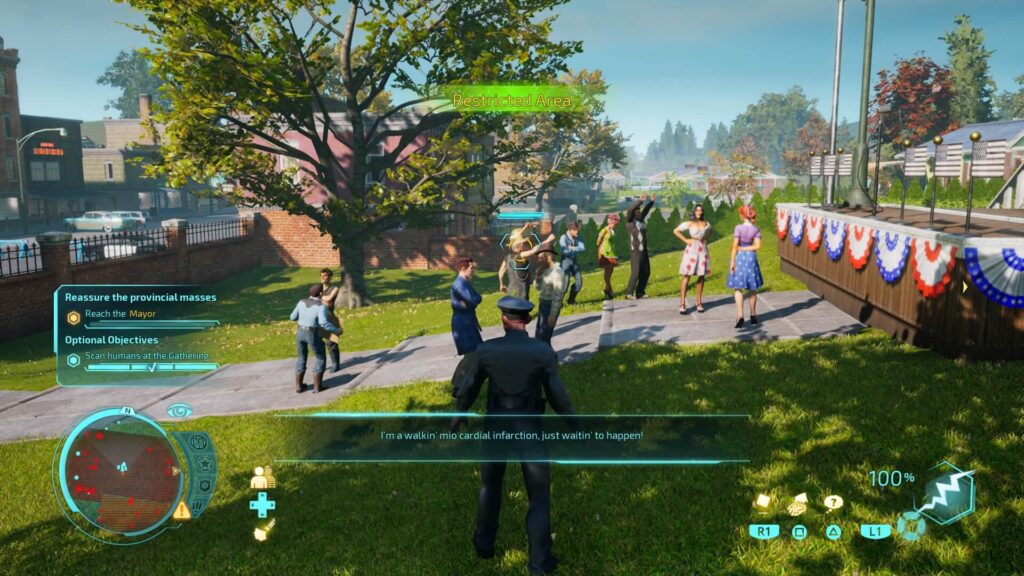 Oddly enough, such a satire looks relevant even fifteen years after the original was released – and this is perhaps the only reason to familiarize yourself with the reissue for those who are not associated with the game with pleasant memories.

Destroy All The Humans Gameplay

The basics of gameplay have gone from the original source no further than the plot. In addition to completing the main tasks at one of the six levels (rather stereotypical locations – a provincial town, a secret base, a farm, a resort village, an industrial zone and the capital), you can return to the already open areas and entertain yourself in the sandbox mode, performing various tasks for time or speed … Collected DNA points can be used at the orbital base to upgrade both Krypto’s equipment and the equipment of his deadly flying saucer.

Anyway, DAH gameplay! hardly able to surprise a sophisticated player: apart from using the stealth mode (Crypto knows how to disguise himself as any person he meets), you almost always have to do exactly what is in the title of the game – to destroy humanity in all possible ways. Four types of weapons, telekinesis, barrels of fuel, boxes with explosives and, finally, a flying saucer with three types of weapons on board will help in this. 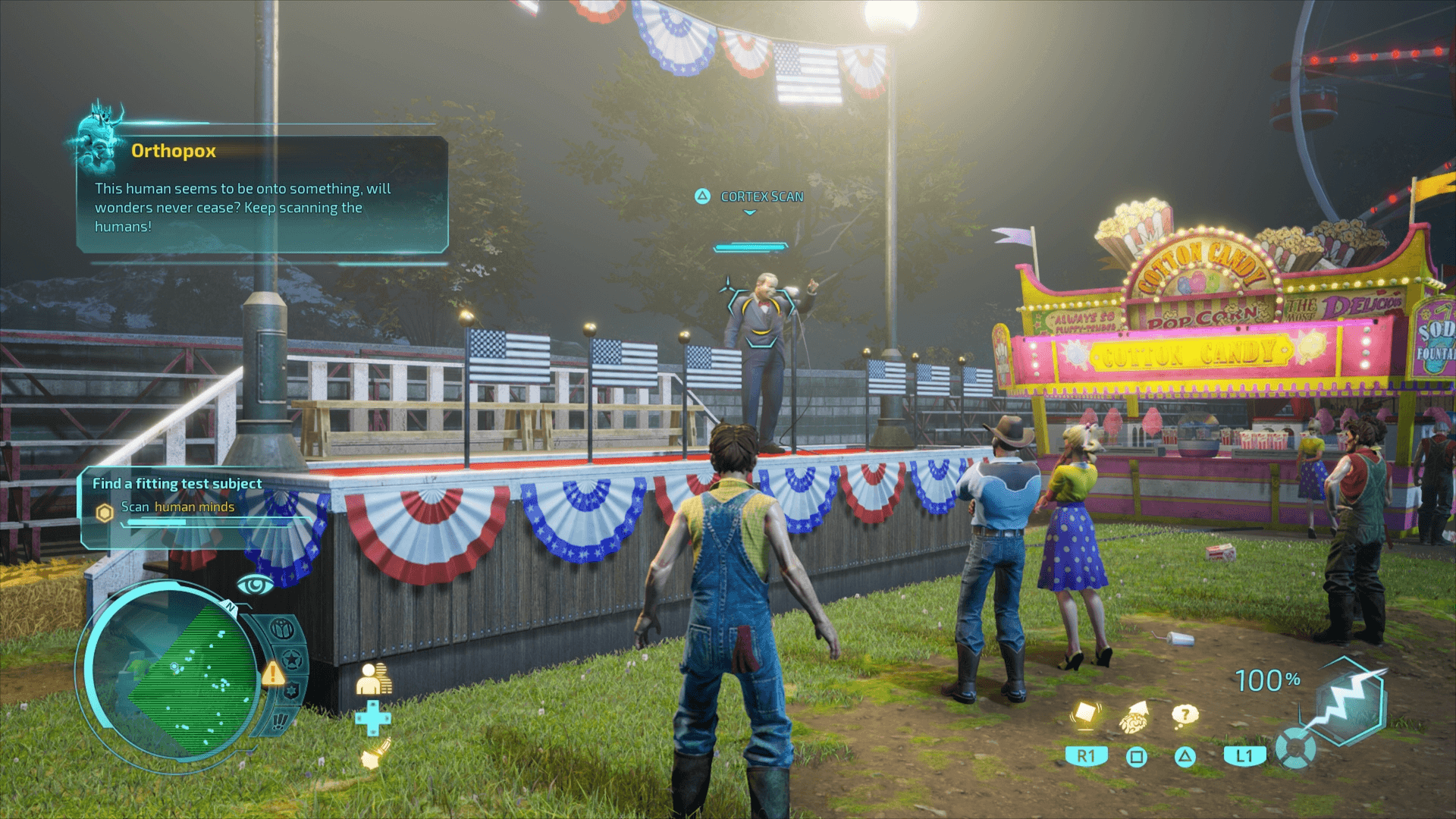 Opponents who use an alarm system similar to GTA (the more Krypto hurts others, the more dangerous the enemies become) do not cause much trouble, which cannot be said about bosses. The final one is especially disgusting – you have to sweat to defeat it, but here the main obstacle will be the save system using key points, and not the outstanding abilities of artificial intelligence.

Entertaining yourself by simply destroying everything around you is also possible, but there is not much fun in it. Destructibility is no longer surprising, and there are now enough alternatives to shooting stupid soldiers and policemen or hunting civilians. It’s better to leave the GTA-like gameplay to the GTA itself – it copes with this much better.

Nevertheless, it cannot be said that the developers of the re-release were cheating: the game has become much more convenient both externally (the interface got rid of numerous text menus) and in terms of control, which supports the keyboard and mouse in addition to the usual gamepad. The graphics were extended to a height worthy for a modern project, keeping the style of the original and not forgetting to add various amenities, such as demonstrating the work of artists. In addition, the authors finalized one of the missions, including materials that were not included in the original.

Is it worth playing this in 2020? The long outdated gameplay is unlikely to be appreciated by those who will perceive the work of Black Forest Games as an independent game. Nevertheless, even in this form, it looks funny due to the black humor that has retained its relevance, with which every little thing is saturated here.

Well, if you liked the original and want to refresh old memories, then the answer is strictly positive – a remake that almost completely copies DAH! 2005, turned out to be exactly what such re-issues should be.

Pros: graphics and sound retained the style of the original; black humor.

Screenshots from the game