Heroes of the Storm – Beginner’s Guide 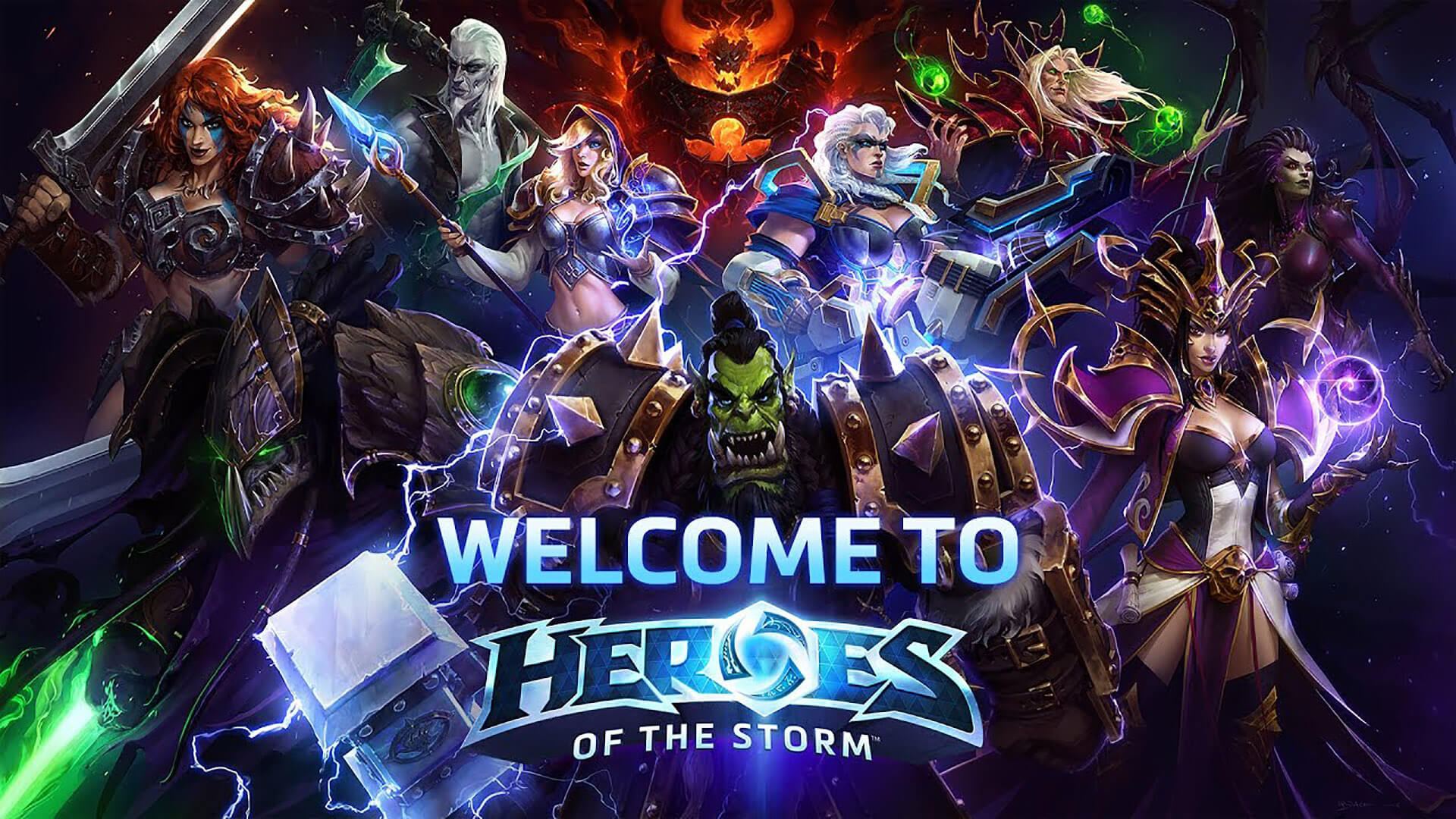 This beginner’s guide to Heroes of the Storm is for those who want to understand the key mechanics, objectives, and gameplay. Specific hero builds, tactics and maps are described in our detailed guides.

Blizzard defines the Heroes of the Storm genre as Hero Brawler, but it is very close to MOBA, so we assume that the reader has no experience in this genre. The closest analogues of Heroes of the Storm are League of Legends and DOTA2. If you have played these games before, some sections of the guide may seem useless to you, but it should be noted that Heroes of the Storm differs in some respects from its counterparts.

For a beginner, the mechanics of MOBA may seem overly complicated, but such games are deservedly popular. They have a certain depth that you have to discover, and it’s a lot of fun! The main problem with MOBA games is the high barriers to entry, but our guide will help you smooth out the rough edges. Let’s start with the basics.

What is the Purpose of the Game? 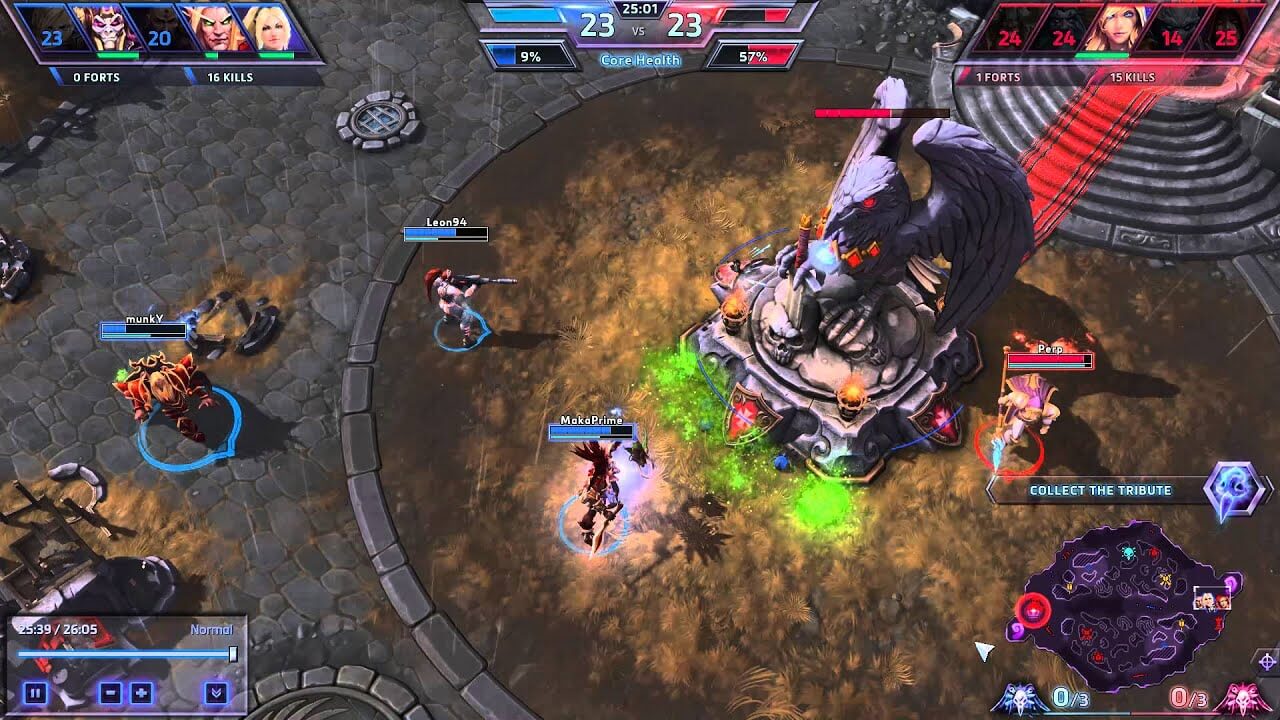 Five heroes, including yours, appear at their base along with the warriors and head along paths called lines to the enemy base, where opponents (heroes and warriors) appear. The lines and enemies will be described below, but for now let’s talk more about the warriors. 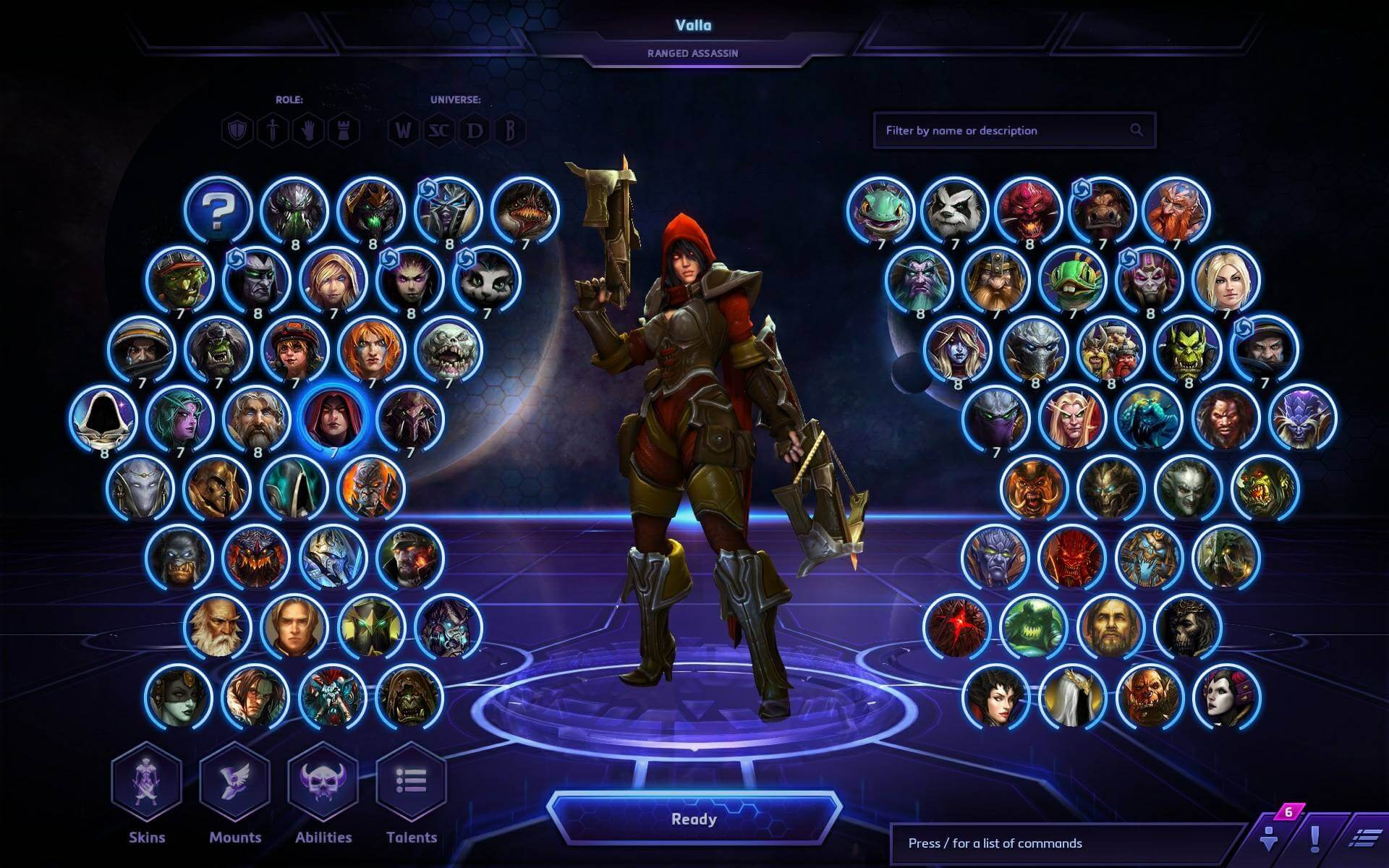 Heroes are small creatures who fight by your side. Experience is a key concept because it is required to level up the character. By accumulating experience, heroes become stronger and can use talents of a higher level.

How do I get experience? You can:

If you are in a lane and see an enemy creature die, notice the purple text indicating how much experience you gained. In Heroes of the Storm, experience is accumulated by the team as a whole, i.e. the experience gained by all players is cumulative. You will get the bulk of the experience by standing in the lanes and killing enemy soldiers. 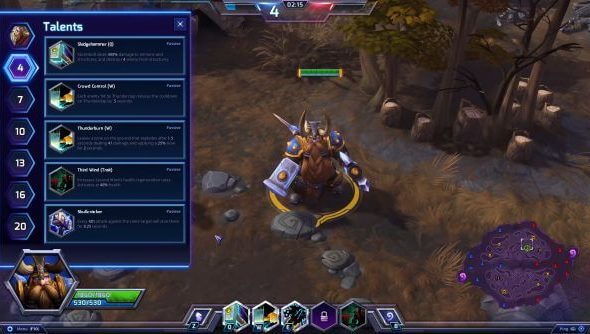 As the level of the team increases, you gain access to new, stronger talents for heroes, as well as increase their basic characteristics (amount of health and attack power). Talents unlock at levels 1, 4, 7, 10, 13, 16 and 20. After level 20, pumping will continue, but you will not receive new talents. Some talents are unique, while others are available to two or more heroes. At level 10, you can choose a heroic ability (the so-called “ult”), which significantly increases the potential of the character. Usually, the first team to reach level 10 tends to initiate a team battle in which they have significant advantages. General advice on talent selection is difficult to give because talents of different heroes differ significantly, besides, many of them are purely situational.

Nevertheless, the best are:

If you’re unsure of which talent to choose, follow these tips. To get started, try playing co-op against the AI. Here you will not have to compete with other players, and you can experience the build without fear of letting your team down. In addition, there are various talent calculators (for example, on HeroesFire or HeroesNexus) that allow you to evaluate the build as a whole. Talking about talents can be endless, so we recommend that you experiment and find the right option empirically. 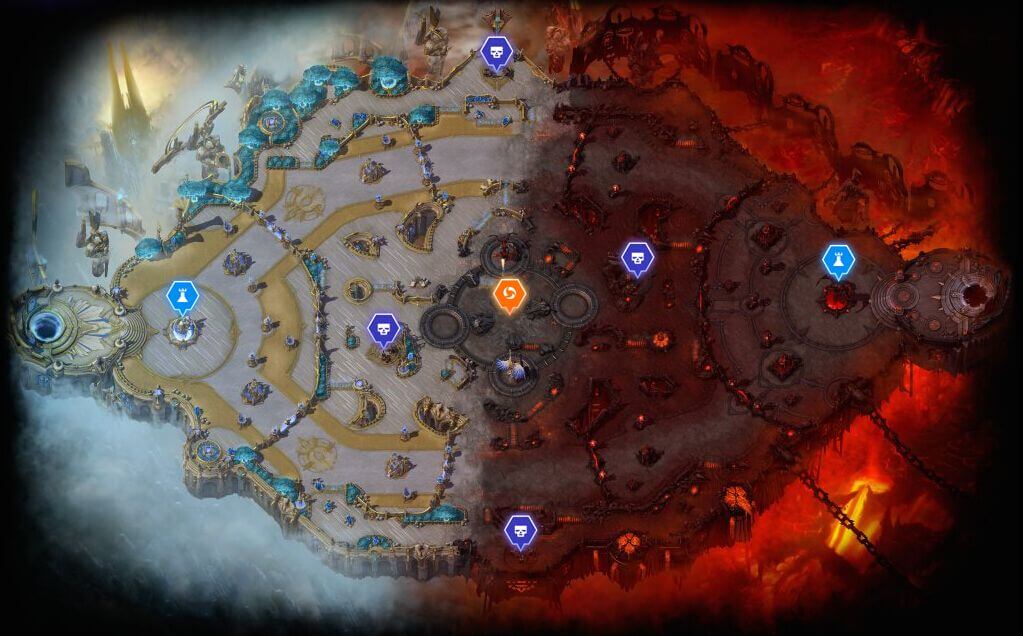 Map objectives are an important part of the game. In fact, knowing the goals and the best ways to achieve them is the key to victory. Here’s the quick info you’ll need:

Cursed Hollow: During a match, gifts appear at random locations that appear on the map as blue-green skulls. Collect the gift by right clicking on it. The team that has collected three gifts will curse the opponents. Under the influence of the curse, the health level of warriors drops to 1 unit, and the towers are deprived of the opportunity to attack.

Dragon Shire: Capture the shrines at the top and bottom of the map as early as possible. Wait for the progress bar to fill up and then activate the Dragon Knight statue in the center of the map by right-clicking on it. The dragon knight effectively destroys towers, so it should be used exclusively for punching lines. Use fire breath to damage multiple targets (heroes and warriors) at the same time, and then switch back to buildings.

Garden of Horrors: Once night falls, collect seeds by killing creatures and bosses at the top or bottom of the map. Once your team has collected 100 seeds, one of the players will be able to summon the Horror of the Gardens. Use Horror to turn opponents into harmless creatures and disable enemy buildings. The Garden Horror moves faster than the Dragon Knight, so you can move between lanes using Overgrowth and let your allies finish off buildings, or focus on one lane trying to get as far as possible.

Blackheart’s Cove: Collect coins by capturing mercenary camps, slaying skeletons and opening treasure chests. Bribe Blackheart’s ghost pirate to fire his ship against enemy buildings. This is a unique map, on which it is more profitable to collect coins than to participate in skirmishes.

Phantom Mines: When the mines open, quickly go inside and collect as many skulls as possible by killing skeletons. After that, you can summon the golem. Teams are advised to enter the mines in full force, because most likely they will have to fight each other for skulls.

Heavenly Temple: Capture temples from their territory. Don’t let the guards and enemy heroes destroy your towers. There is a large and difficult boss mercenary at the bottom of the map. To fight with him, wait for the right moment (for example, when your team gains full control over the map or opponents die and wait for the resurrection at the base).

While there is no one-size-fits-all guide to winning any match, we have a few general tips for beginners. 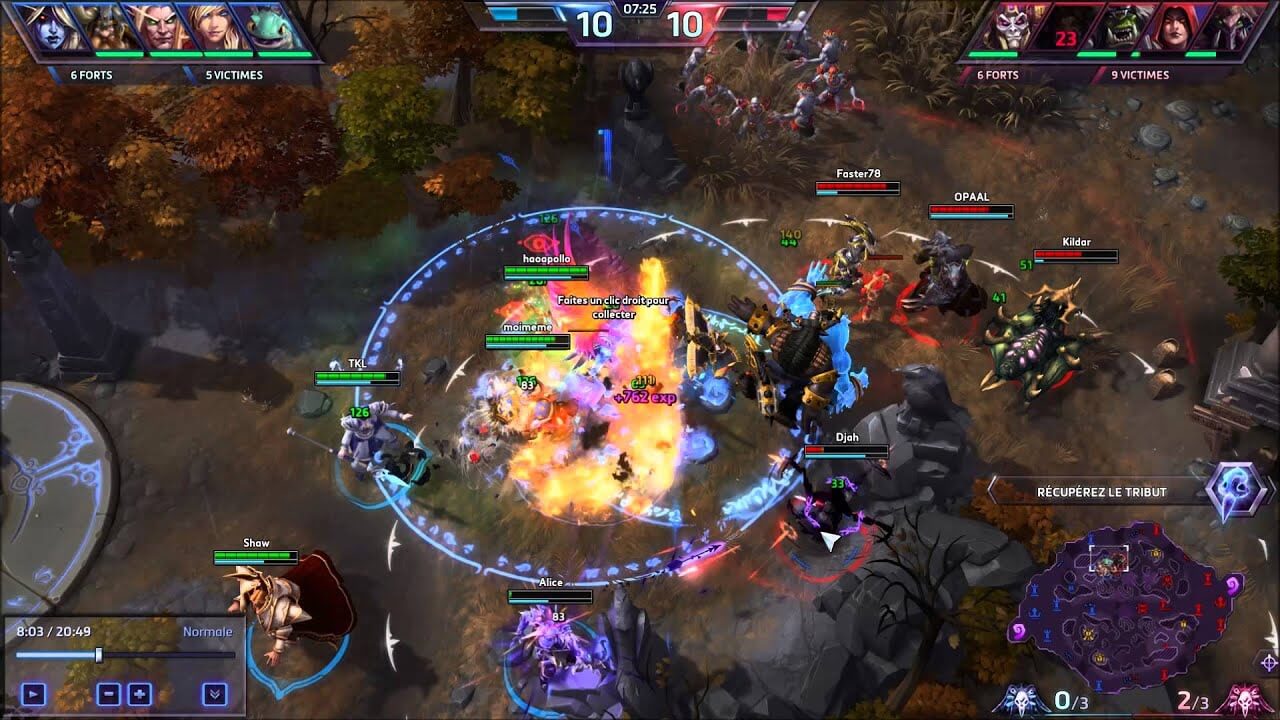 Team fights are fun! This is where the ability to negotiate with allies and act together will come in handy. However, in most cases, teamfighting at low levels is a futile endeavor. If you see an enemy, this does not mean that you should immediately attack him. Again, there is no single algorithm that prescribes exactly how to act in a given situation. We can only give general advice to help you make the right decision.

The Right Moment to Attack:

We hope you managed to navigate the flow of new information. Bookmark this page so that you can re-read the sections you want to read if necessary. Don’t be afraid to experiment and don’t take mistakes too personally!