Mass Effect is a great fantasy adventure and an iconic phenomenon in the gaming industry. It is a successful combination of RPG and third person shooter. The pinnacle of creativity at BioWare’s studio, after which the developers began to decline.

After the news about the development of the remastered version, we all looked forward to information about the project. Electronic Arts recently unveiled a full Mass Effect Legendary Edition trailer and shared some details.

Let's Remember the Plot of the Game 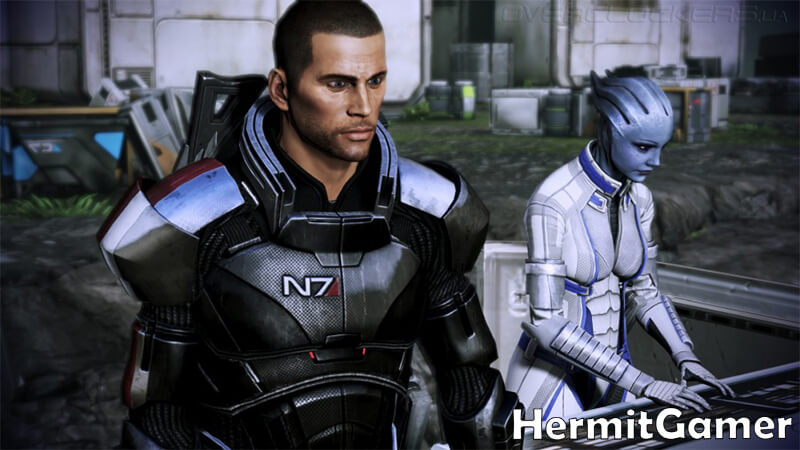 The events of the trilogy develop at the end of the XXII century. Humanity has mastered the technology of interstellar travel with the help of special repeaters and entered the large galactic family.

Different types of intelligent beings peacefully (and not so much) coexist with each other, unaware of the impending threat. Once 50 thousand years, a global sweep of the galaxy takes place, and the hour of a new harvest is approaching. The brave captain Shepard with a team, which includes representatives of different space races, confronts the threat.

The first part of Mass Effect tells the story of the formation of our hero. As a result of his adventures, he learns about the danger of extermination and confronts the vanguard of the invasion.

This is a self-contained story that opens the door to a large fantasy world. Mass Effect 2 raises the ante with new factions and factions, and fills the world with new details.

The sequel begins with Shepard’s reincarnation and does not slow down the degree of drama until the very end. Intense action movie with charismatic characters and high variability that determines the fate of your partners. The game ended on a high note, directly hinting at a continuation.

The Third Part of the Series

Mass Effect 3 was the culmination of a story where we took part in the battle for our home planet, rallied the last allies, discovered new secrets and tried to turn the tide with an ancient artifact.

Pathos was replaced by a sense of fatalism and doom, and the degree of drama reached its peak values. And this partly played in the negative. Constantly increasing the tension and the scale of what was happening, the authors failed to deliver the ending, which brought together all the plot threads without roughness and holes.

The global problem of confrontation between organics and synthetics looked silly against the background of Shepard’s successful contact with the Ghetto community. But from the point of view of emotional perception, Mass Effect 3 became a clear catharsis and put an end to the story of the protagonist.

The first part was released on November 20, 2007 on the Xbox 360 console, a year later a version for personal computers appeared, and in 2012 a version for the PlayStation 3. This is one of the first games on the Unreal Engine 3, which was released at the dawn of the Xbox 360 – it is logical that according to it looks rather weak to modern standards. Although the subsequent parts came out within the same generation, so the technical progress is small. 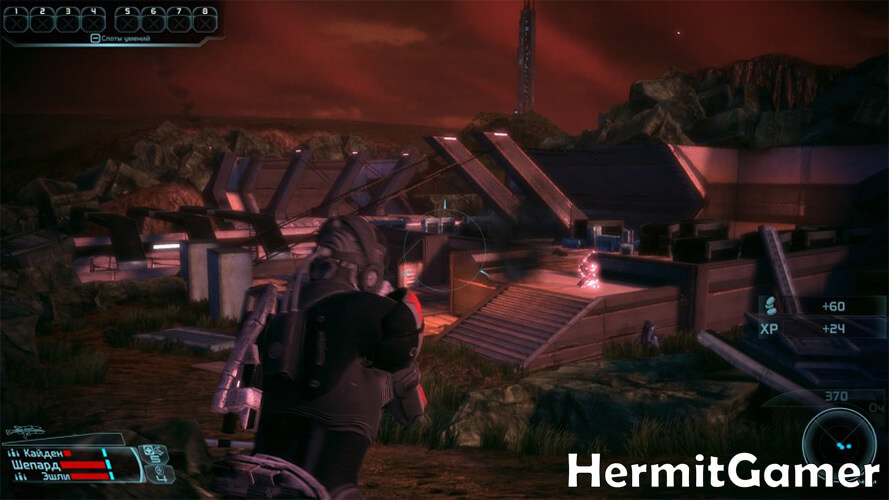 It’s a good idea to revive interest in the episode. Moreover, Mass Effect: Andromeda received an ambiguous reception, and the original trilogy left pleasant memories for many gamers. A new generation has also grown up that is not familiar with the trilogy. The Legendary Edition is intended for the reissue of them.

What is Legendary Edition 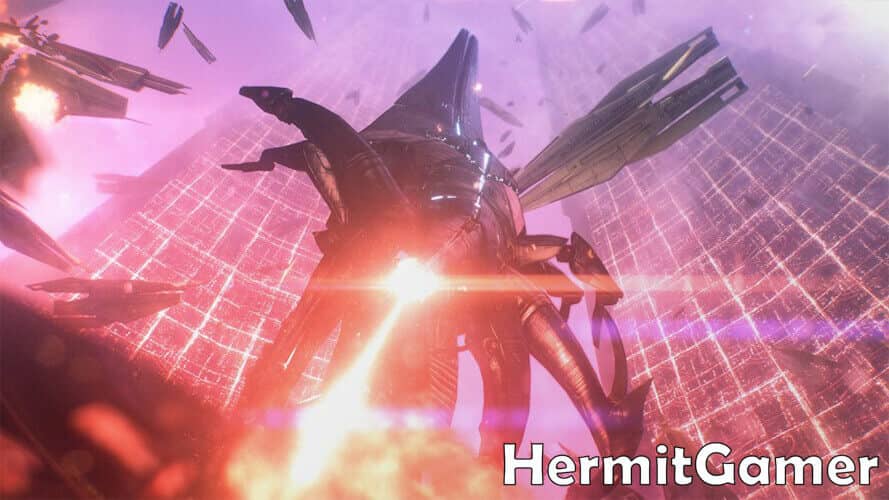 The Mass Effect Legendary Edition includes three numbered pieces and 40 expansion packs along with bonus weapons and armor. This is a complete collection of all story missions, which is launched through one launcher.

There were some unpleasant moments in the history of the series when important plot tasks were brought into separate DLCs, in particular, “Lephiathan” for Mass Effect 3. Now you can immerse yourself in the world of the game in the correct logical sequence. Only one addition did not make it into the reissue – Pinnacle Station for the first part. It was developed by another studio, the source code is lost, and the BioWare team did not re-create it all over again. Minor loss as this DLC offers a number of missions in a combat simulator and does not affect the overall plot in any way.

There will also be no multiplayer from Mass Effect 3. A bouncy mode in which four players fought off crowds of enemies. Completing PvE missions increased the galaxy’s readiness for the final battle. Therefore, in the re-release, the game was rebalanced, taking into account the lack of such missions.

What to Expect From Game Remastered 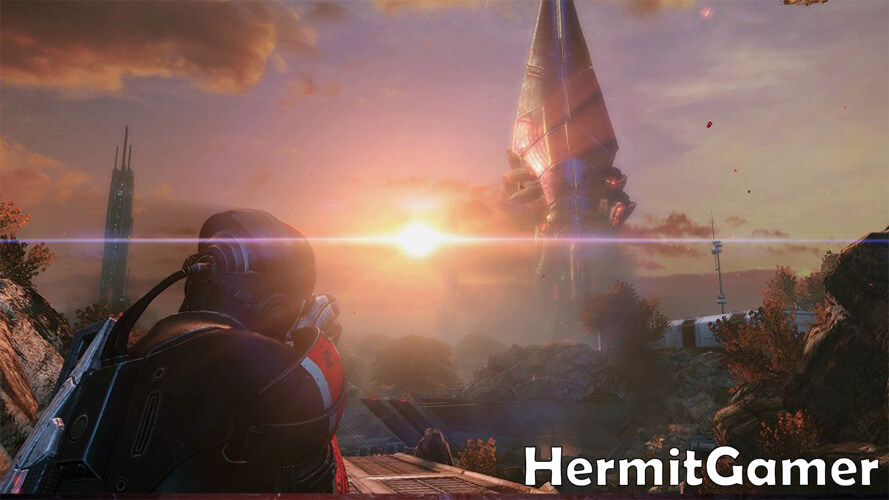 Don’t expect Mass Effect Legendary Edition to be reimagined in the spirit of Resident Evil 2 and Mafia Definitive Edition. This is a regular remaster with improved graphics. And the main changes affected the first part, the weakest of the entire trilogy.

Before the creation of the Legendary Edition, the developers from BioWare consulted with Epic Games about the transfer to the new engine, but given the scale of the work, it was decided to leave everything on Unreal Engine 3.

However, the graphics were seriously redesigned. The developers have improved the textures, including using neural networks. The resolution of some textures is increased up to 16 times. Detailed character models are used. The lighting has been improved, and this can be clearly seen in the first screenshots and videos from the developers. Added reflections, dynamic shadows, improved visual effects.

You can evaluate the changes in video comparison, which uses materials from open sources.

What has Changed in the New Legendary Edition? 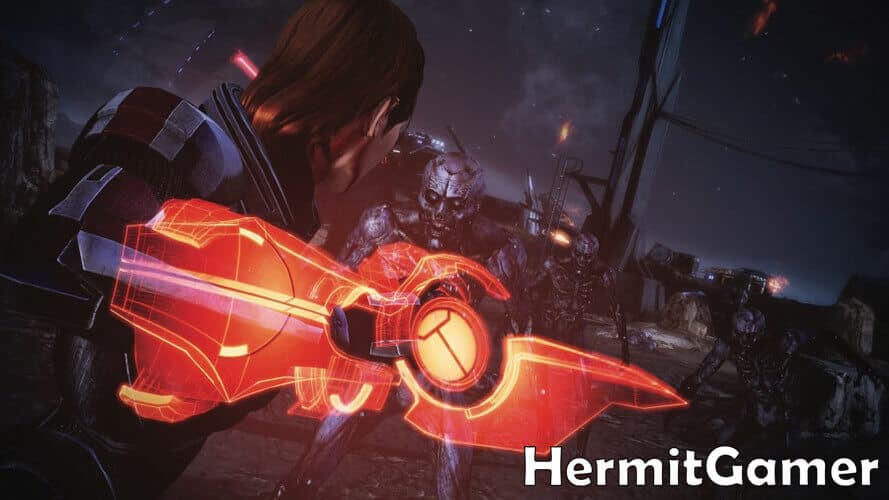 In the original Mass Effect, everything looks sterile and gray. The image in the Legendary Edition gets additional volume thanks to the sun in the visible area of ​​the frame and additional shading. Additional debris has appeared on the ground, smoke is visible behind. You can see the fire escaping from the nozzles of the all-terrain vehicle engines, and small burning particles in the air.

The updated game showcases more details. If you look at the video comparison, you can see better quality of vegetation and water. Some remasters are limited to trivial improvements in textures and effects. In the case of Mass Effect Legendary Edition, more serious work has been done. The developers have tried to saturate the world with a large number of details while maintaining the original design of the locations.

Improved cinematic scenes. The game is adapted for high resolutions. There will be HDR support. Redesigned interface, which is now the same for all parts.

The system of shelters has been improved, which is important for the first part – there it worked clumsy. Shooting mechanics have been polished. BioWare has progressively improved the combat system, reaching the state of the handy responsive shooter for the third part. Now the first game should be perceived more vigorously and more dynamically. A unified control system is used, where a gamepad is provided by default. But it is unlikely that there will be problems with the keyboard and mouse. 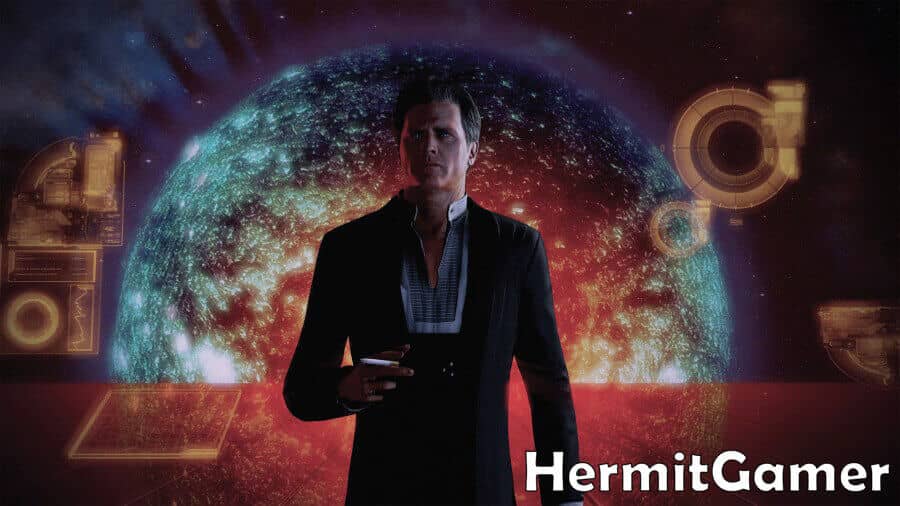 Changes to the teammate command system have been announced. The physics of the Mako all-terrain vehicle has been improved. Hero animations remain unchanged. This is a minus, the movements of the dummies in the first part are too clumsy.

There will be a single character editor for all games with an extended set of features. The base models use the characters from the third part, but there are also the old images from the first parts.

The updated edition will take up 120 GB. The Legendary Edition supports DirectX 11, but requires only Windows 10. You will not be able to run the game on older Windows 7/10 like you did with Mafia II: Definitive Edition and some other games. Developers recommend an AMD Radeon Vega 56 or NVIDIA GeForce GTX 1070 graphics card, which is expected for a game trying to get the most out of Unreal Engine 3.

It is possible that more powerful solutions will be needed for comfortable 4K performance. Full description of system requirements in a separate note.

As a result, a worthy remaster of an excellent trilogy looms before us. Mass Effect Legendary Edition is a collection of original games and all the story add-ons with improved graphics, interface and a little polish to the combat system.

The biggest difference will be seen in the first part. A good reason to re-immerse yourself in a familiar fantasy world. And for beginners, this is the best way to get to know the series. The cut multiplayer may be frustrating for fans, but we all understand that the core of Mass Effect is the story campaign. Therefore, the lack of network missions is a slight omission against the backdrop of a large-scale story adventure.

The bigger drawback is the cost – Mass Effect Legendary Edition sells for the price of a new game – 60 EUR. And owners of the original versions do not have any discount when purchasing the Legendary Edition. At one time, Skyrim owners received the Special Edition for free, and Mafia game owners had a good discount on updated Definitine Editions.

Whether the Mass Effect Legendary Edition is worth the money is up to you. The game will be released on May 14 on Origin and Steam, as well as on Xbox One and PlayStation 4.