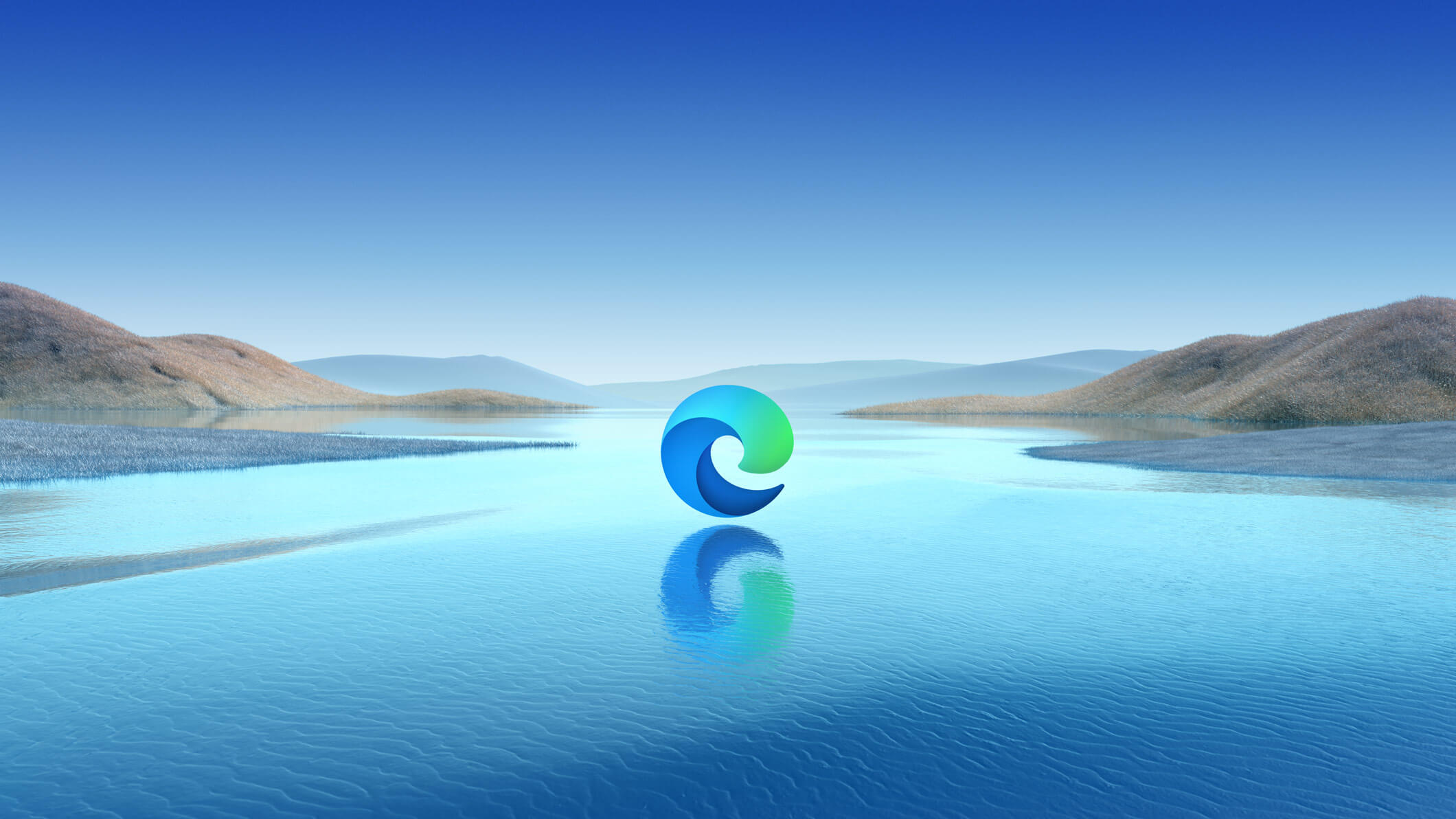 Microsoft is currently distributing an updated version of its Edge browser for Windows 10 through Windows Software Updates. The update will be available to Windows 10 users using builds 1803, 1809, 1903, and 1909.

Microsoft launched the new version of Edge back in January and has so far offered to download the browser manually from the website. The new version is based on the Chromium project from Google, which is also the basis for browsers such as Chrome and Opera. While the original Edge worked on the EdgeHTML browser engine and the Chakra JavaScript engine, the new browser runs on the same Blink and V8 engines as Chrome.

Therefore, the new Microsoft Edge works much like Chrome, it has similar performance, most functions work the same as in Chrome, but browsers have a different user interface.

At the same time, since Microsoft Edge is a native browser for Windows 10, it works a little better on weak computers and tablets, and also increases the working time of mobile devices without recharging.

Microsoft claims that if you are a Chrome user, you can move to Edge without any discomfort. It may only seem that a different theme is installed in the browser.

The new Microsoft Edge is presented on the official website microsoft.com/windows/microsoft-edge for platforms Windows 7 / 8.1 / 10, macOS and is available in more than 90 languages, including Russian. There are also mobile browser versions for Android and iOS, which can be downloaded respectively from the Google Play and App Store. In the future, there will be builds of the program for Linux and for ARM64 processors for Windows 10.

Users of Windows 10 version 1803 or later may not bother to manually download the web browser distribution kit and wait until it is automatically installed on the computer through the Windows Update system. It should be borne in mind that the update will block the classic Edge and replace it with a new one. You can avoid this and use both browsers at the same time by editing Group Policy objects or the OS registry. For corporate customers, the company offers special tools on microsoft.com/edge/business that allow IT administrators to control the installation of a new browser on users’ workstations. 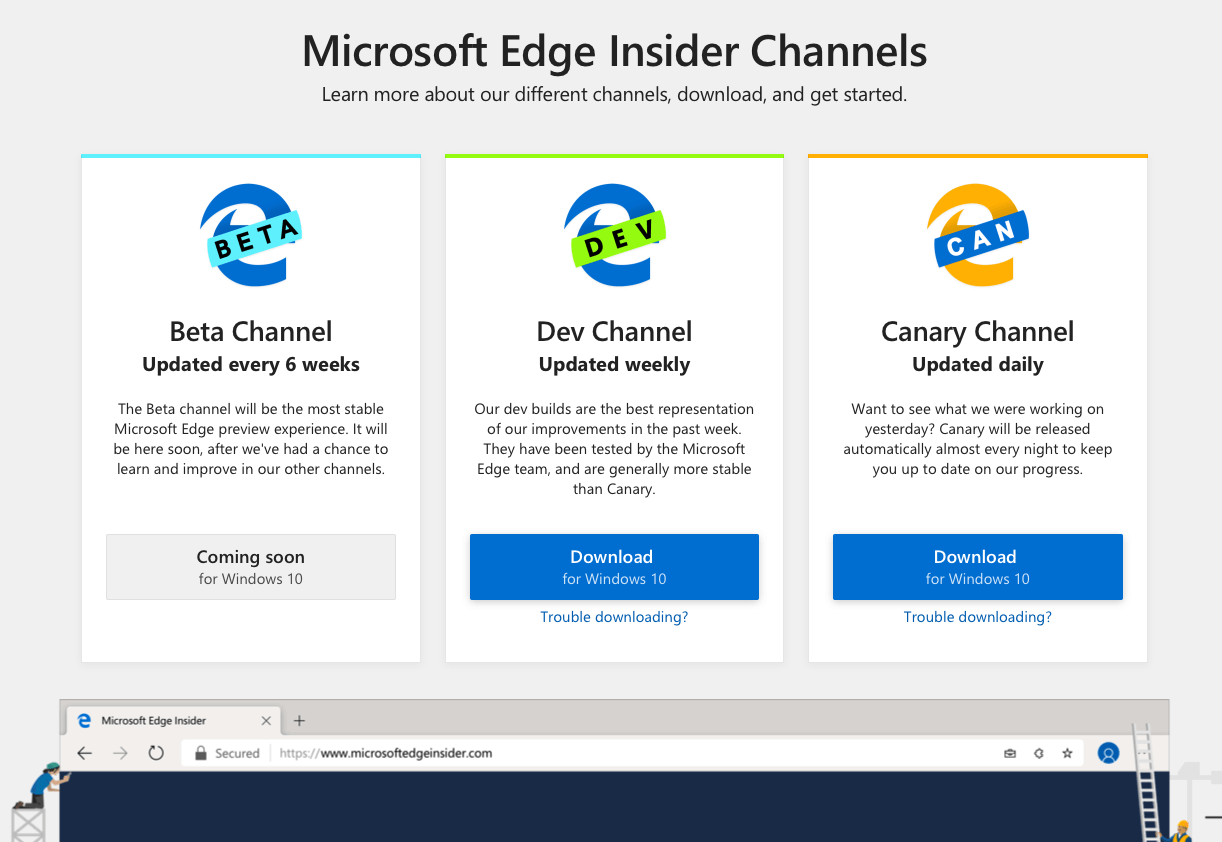 As for testers and enthusiasts, the Microsoft Edge Insider Insider Program is still available for them, in which you can download preview versions of your web browser – Beta (updated every 6 weeks), Dev (weekly updates) and Canary with daily intervals release of insider assemblies.

The new Edge is made in the visual style peculiar to Chromium and in terms of the user interface, as well as the location of the controls, it is almost an exact copy of the familiar Google Chrome. The difference lies in the details.

The first and most important feature of Chromium-based Edge is its tight integration with Microsoft’s online services. The out-of-the-box browser is equipped with authorization tools in a Microsoft account and user data synchronization on different devices, as well as support for the Bing search engine, services of the Microsoft News information portal, Microsoft Translator translator, and other software giant services. Moreover, the binding to Microsoft services is in most cases customizable, and you can refuse to support some services if you wish. 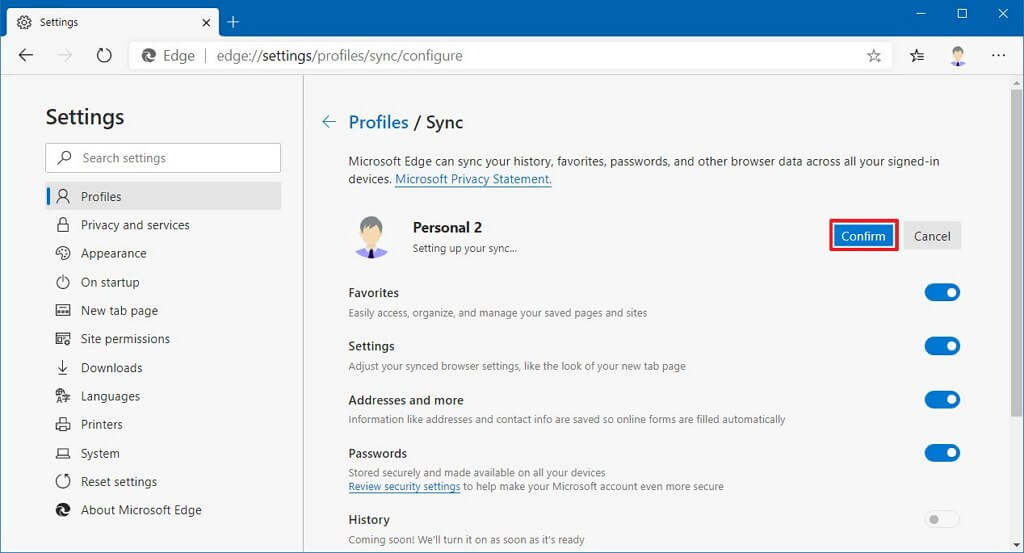 Another pride of developers is the ability to personalize page settings with a new tab. In the browser settings, you can choose the layout, design and content of the new tab, turn off background images, display news and block quick links.

Special attention is paid to ensuring the confidentiality and privacy of users while working on the Web. In addition to the anti-phishing and other malicious resources protection module, which came from the classic Edge, called SmartScreen, the updated browser has a tracking protection system while browsing sites. The new function is activated by default, equipped with three levels of settings and provides blocking of various web trackers and scripts used by advertising and analytical agencies (and often even by cybercriminals) to monitor user actions on the Internet. It can be turned on for all sites, or disabled for individual sites. 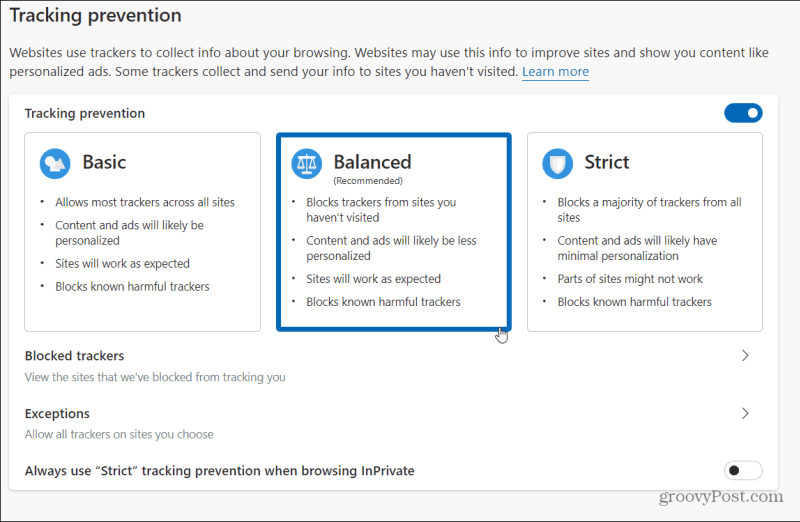 The strength of the new Edge is the ability to install extensions from the Microsoft Edge Addons store with a still modest range of add-ons, and from the Chrome Web Store, which has thousands of useful applications. Such freedom of choice and concern for Microsoft users can not but rejoice.

With an eye on the corporate market segment, Microsoft has included in Edge the ability to launch tabs in compatibility mode with Internet Explorer. This is a necessary measure, because in the business environment, network resources (usually internal communication web portals), “sharpened” by the Trident browser engine, also known as MSHTML, are still often used. IE mode supports working with ActiveX controls, Browser Helper Objects, and other Trident kernel features.

A lot of the new Edge implemented and other interesting innovations. Among them are support for Azure Active Directory, streaming playback of 4K video, handwriting in PDF, voice dubbing of web pages, the presence of a dark browser theme, integration with corporate services FastTrack and App Assure. Well and most importantly – Edge now has browser versions for Android and iOS. This means that from now on it can compete on equal terms with alternative web browsers not only in the desktop segment, but also in the mobile sphere. This is a very important step for the new Microsoft product on the way to an impressive audience of smartphone and gadget users.

The new Microsoft Edge is based on the same Blink rendering engine that is used in Chrome, Opera, Vivaldi and other browsers built on the Chromium code base. As a result, all such software solutions demonstrate similar performance when processing web content. This is confirmed by our tests.

To check the speed characteristics of Internet browsers, we used a bootable Windows To Go flash drive with a 64-bit assembly of Windows 10. The Acer Aspire 5742G laptop (Intel Core i3-370M processor with a clock speed of up to 2.4 GHz, 8 was a test bench) GB of RAM, SSD, video card NVIDIA GeForce GT 540M). Benchmarks Octane 2.0, MotionMark 1.1, JetStream 2, Basemark and Speedometer 2.0 were used to measure performance, measuring the speed of processing graphics, web content and page rendering, the speed of the JavaScript interpreter and the execution time of tasks typical of most Internet users.

For comparison, in addition to the new Edge on Chromium, we chose the classic Edge, Internet Explorer 11, Firefox and the Chrome, Opera, and Yandex.Browser browsers built on the basis of the same Chromium, the latest versions at the time of preparing the material. For the purity of the experiment, all programs were tested separately; the rest of the applications running in the system were unloaded from the computer’s memory during benchmarks. The results of our testing can be judged by the graphs below.

The new Edge evokes conflicting feelings. On one side of the scale is a modern engine, integration with Microsoft services, support for Chrome extensions, advanced security features, and mobile versions. On the other – the complete absence of any wow effect, the presence in the browser code of the legacy of the past in the form of Internet Explorer and the manic desire of Microsoft to impose its product on all Windows 10 users through Windows Update. It is clear that in this way the software giant intends to play a trump card in the struggle for a share in the browser market, but whether such an aggressive company policy will allow to gain the trust of the audience is a big question.

The main problem of the new Microsoft product is the lack of “zest” that can surprise and attract the attention of consumers. It is the same as all other browsers – no better and no worse. Yes, admirers of the classic Edge will show some interest in the new product, which really makes sense to upgrade at least for the sake of increasing speed when working on the Web. But for the rest of Microsoft users will have to seriously fight, and the methods of forcibly transplanting everyone and everything to a new web browser will not help here.