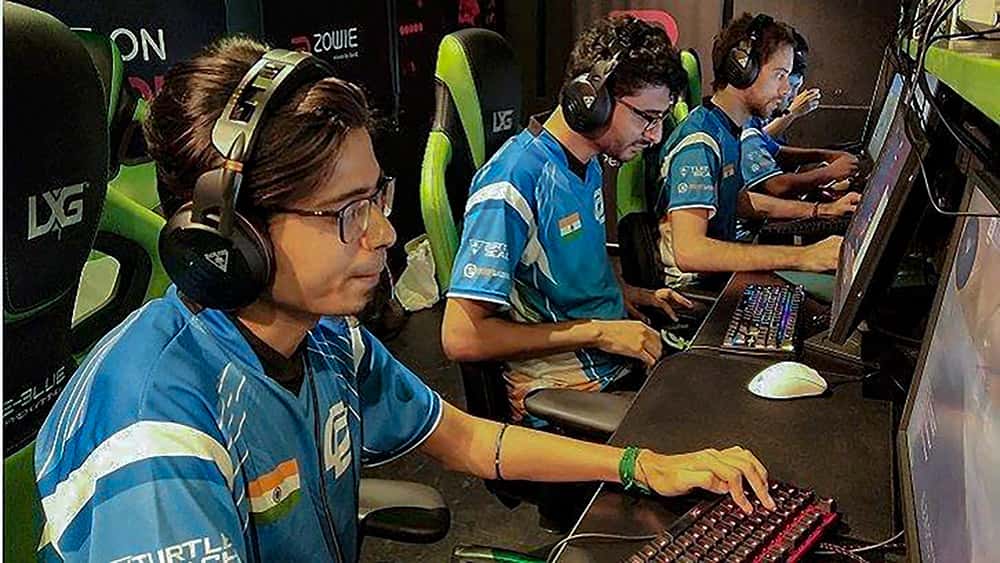 India’s quick-growing eSports movement has received a big boost with the announcement of EPWA`s launch (eSports Players Welfare Association). EPWA, a non-profit organization, was established solely to protect the professional, legal, and contractual rights of eSports players in India. eSports has an estimated audience of 474 million people worldwide and it is the fastest growing sport. At the 2022 Asian Games in Hangzhou, eSports will be a medal event. There are 1,50,000 thousand players and around 60 thousand teams in India today. And by 2025 the number of esports players in India is expected to reach 1.5 million with 250,000 teams. Online entertainment has grown in many directions since the start of lockdown, with people searching for other online entertainment and ways to engage in some of the same activities but virtually. There are many games which have increased in players and viewers, and have made their way into competitions for individuals and teams. In India, in order, the top 5 esports games include:

First on the list is one of the most popular games, not just in India, but around the world. Counter-Strike is the most popular esport game in all of India. This game is so popular in fact that the country has professional teams which compete internationally. Those competing teams have taken home over twenty thousand dollars in prize money. Individual players have also competed in individual tournaments around the world, taking home over thirty four thousand dollars in prize money regularly. The game consists of terrorists and counter strike teams, which the game automatically designates each player as when a new game starts.

The next most popular game in India is Dota-2. It is an online battle game that takes place in a virtual arena. As a multiplayer game, there are two teams each with 5 people who try to destroy the other team while defending theirs. It takes a lot of coordination and militaristic tactics in order to destroy the ancient structure held by the enemy and protect at the same time, making it an engaging game.

Overwatch is a multiplayer shooter game. It is one that takes place between robots and humans set in a future timeline. The purpose of this game is to compete against other teams. Now, as a multiplayer online game, an individual might be playing against their friends and family, or against strangers. The game has two teams of 6 players each, and there are 21 different maps (or areas) wherein the teams compete. The futuristic settings range from a research Moon station ro a futuristic African town. No matter the map or location, there are 4 modes in which players can play, such as the assault mode where the goal is to capture two control points in a certain amount of time or control mode where the teams fight to gain control of a centralized location.

Starcraft II is a unique game amongst the contenders because it can be played with a single player or multiple players, making it available to groups who are far apart but also accessible to the individual who just wants some time to relax. The purpose of the game is to try and defeat any opponents which, if playing against other people, consists of the people and buildings for those people but, if playing alone, consists of the computer-controlled people and their buildings. This is a highly competitive game, one which requires a lot of time and effort, but one that is arguably the most fun. It is set in a tower such that it takes place in a more easily manageable setting than some of the aforementioned games.

Heartstone is a card game which requires two players. During the game, there is a set of 30 cards in a deck. Each player selects a character, or hero, with a unique power and from there, must use their mana crystals to try and use their abilities against the other player, or try to summon minions who can help destroy the other player. This game is particularly appealing to many people because it offers a good virtual experience akin to some of the most common group card games of old like Dungeons and Dragons. When far away or socially distancing, this game gives players a chance to live in a virtual, fantasy world and play against their friends or family far away. At present, the growth of these games extends not just to people playing them, but people watching them. Players have converted their entertainment to a virtual platform, particularly in light of how fragile covid lockdowns showed sports to be. Now, wanting to avoid another season where their favorite games are stopped or paused, people are turning to esports as a more viable and long term solution. Over the next four years, the esports industry is expected to grow at a 46 percent CAGR, with streaming platforms accounting for the lion’s share of esport revenues. As eSports gains popularity among the youth and the affluent, Agencies and advertisers are expected to use esports tournament viewership to boost reach and engagement with the audience, with revenue expected to more than 4x to INR6.5 billion by FY25.

4 Games for Free by the 26 of September

4 Games for Free by the 26 of September Two popular video games platforms have started the give away of the games. …

Far Cry 3 For Free on Ubisoft Store Ubisoft has started the Autumn Sale in its own Store. You can buy at …