Skyrim Legendary Skills: What is it For 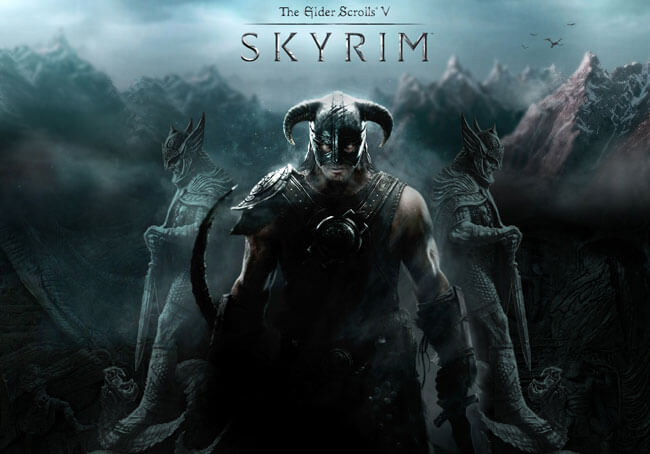 Every self-respecting gamer knows that in the incredible Skyrim game you can not only explore the vast game world, collecting objects and fighting opponents, but also pump skills.

Skyrim Legendary Skills is an innovation that allows you to reset the maximum level of the hero to 15, and swing it further. But all the perks that were invested to get the legendary skill are reset, but not forever (they can be used to get other skills).

What do Legendary Skills do in Skyrim 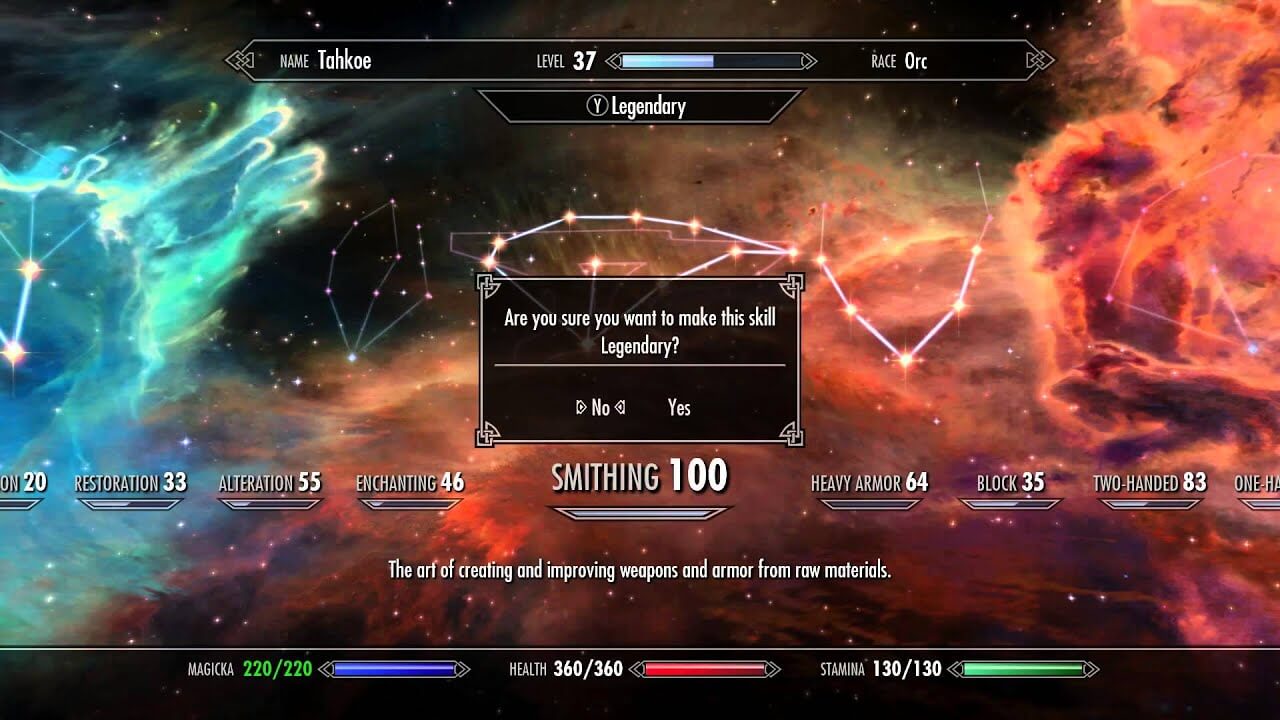 After a patch updating Skyrim to version 1.9, Skyrim legendary skills appeared in the game.

The latter provide a unique opportunity to reset the level of any pumped skill to the initial level (beginner), and distribute the released points in a new way, pumping the hero in a new way.

That is, if you decide that you don’t really need some skill, but managed to pump it, then you can easily reset the skill, and put the perks into other skills, which is extremely practical.

When the skill level reaches the hundredth, it can be made legendary, after which the skill itself will return to the fifteenth level, and a symbol with the image of the imperial dragon will begin to appear under its image. Next to it is a figure that allows players to understand how many times this skill has become legendary.

When pumping Skyrim legendary skills there are no difficulties – they only increase the level of the character by increasing skills. Only if previously all eighteen skills were developed to hundreds, then you could not raise the level, being stuck at the eighty-first level.

But the development of the legendary skill to the limit allows us to make it legendary again, there will be no limit level, which will make it possible to get all the perks in the amount of 251 pieces. 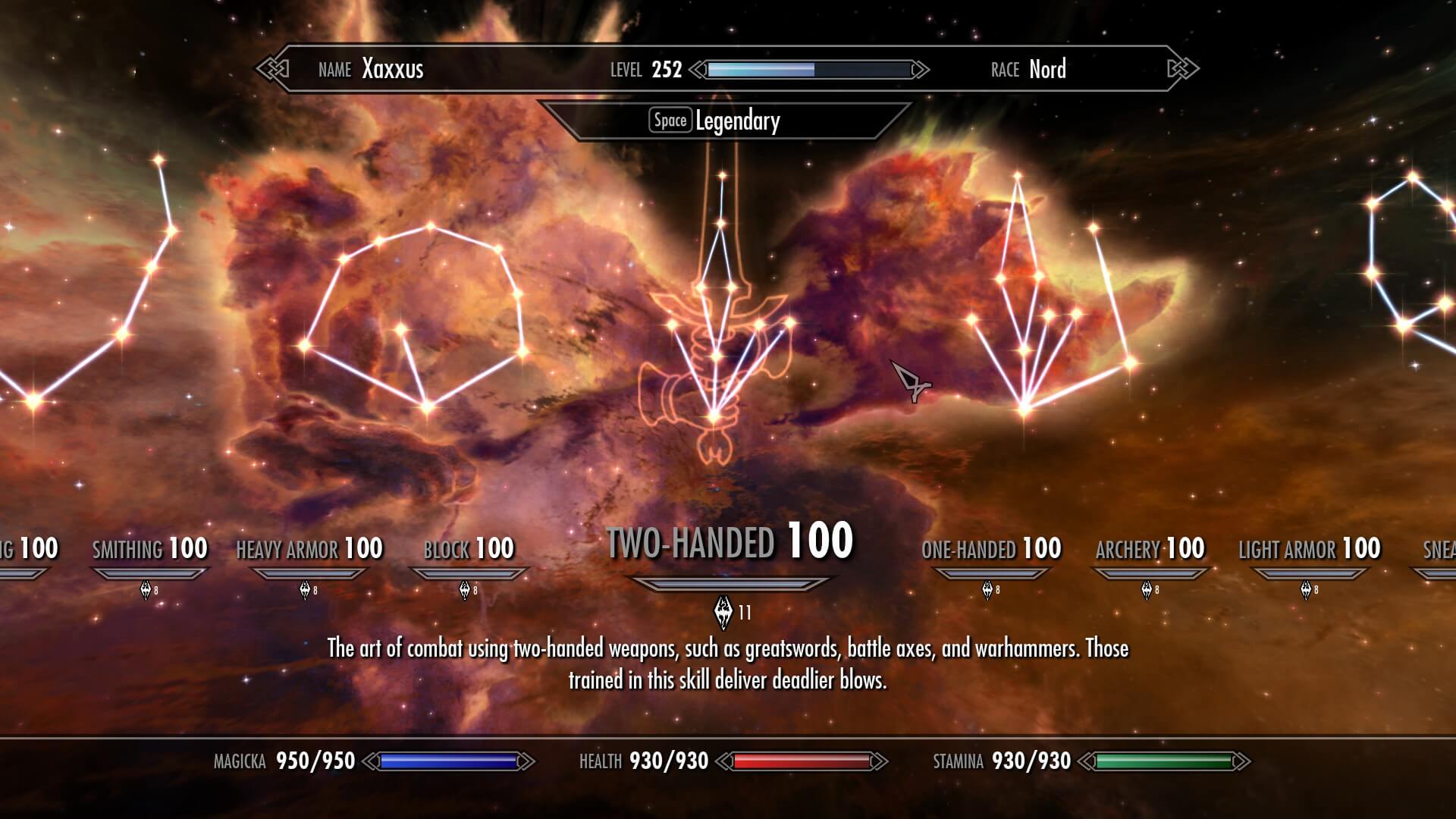 Legendary skills in Skyrim have both advantages and disadvantages.

Now do not bother with skills that are not suitable for the selected category of hero. The wizard no longer needs to swing two-handed swords and axes, and the armored fighter to climb into someone else’s pocket to steal something. The lack of restriction in the perfection of the character. Admissibility to nullify previously mistakenly selected perks.

This modification can make the game very difficult (for example, if you fully pump the skill of a warrior) or very easy. The ability to pump levels with very light skills may not appeal to some players.

How to Make Skills Legendary Skyrim

There are several ways to quickly upgrade your skills to legendary ones.

This way you can quickly and efficiently get Skyrim Legendary Skills. Maximally pumping after such a beginning, all skills will be easy and simple. 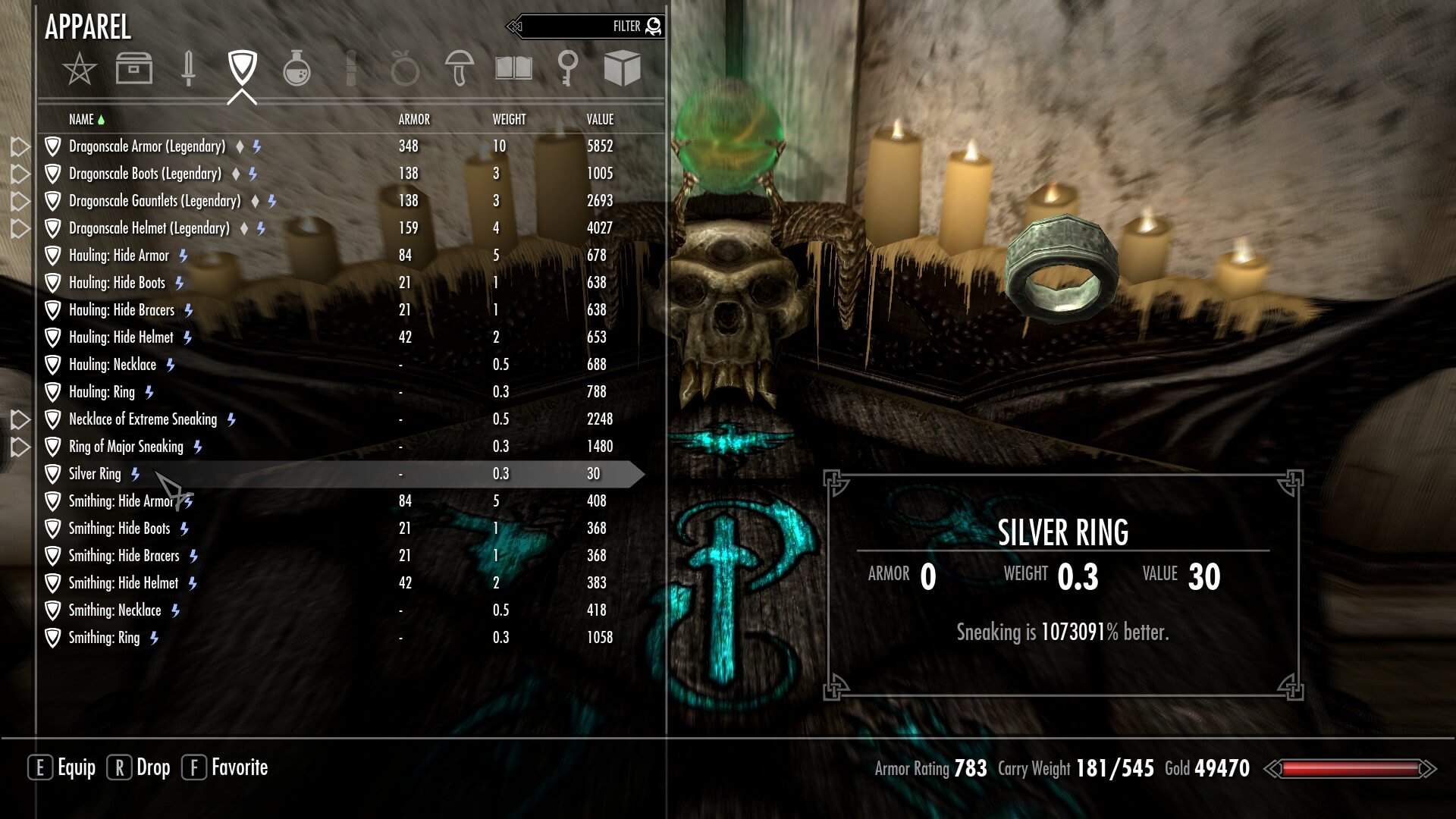 Enchanting is a very useful skill that is easy to turn into Legendary. What is his secret? This skill does not greatly affect your battles and battle survival. Moreover, it is not so difficult to upgrade it to the Legendary, taking into account the fact that you can upgrade it in parallel with the Blacksmithing skill, due to which you upgrade 2 skills simultaneously.

To do this is not at all difficult. Buy the weakest and cheapest soul stones from a merchant, then create a huge number of rings and jewelry from all available materials, and then enchant it all, and at the end sell it.

Also, do not forget to capture souls from enemies during your travels. This will help you save your money and pump other skills. 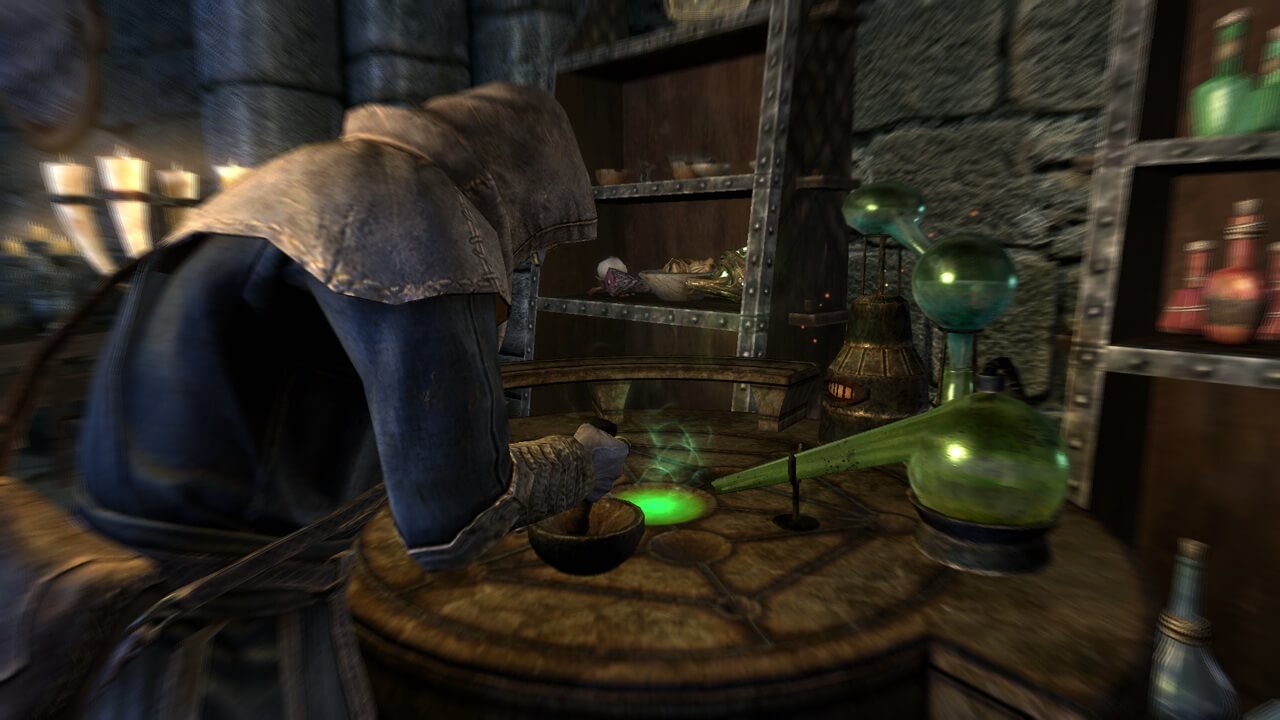 Alchemy is surprisingly a very powerful skill because of how much money you can earn on it, and it can also help you very well in the future. Many players underestimate him very much. The skill Alchemy is very versatile, and is suitable for the character of any class, whether it be a magician, warrior or archer. It is very easy to pump it, so you can easily make it legendary, and then again gain 100 skill level.

How to make Skyrim Legendary Skill out of it? Go to Whiterun, there go to Arcadia. She is an Alchemist, and can teach you alchemy for money. Moreover, if you have little money, you can pay her, and then it is easy to steal the same money from her. If you do not have enough pickpocket skill, you can wait until she falls asleep. This process can be repeated again and again, the main thing is to increase your character’s skill from time to time so that she can teach you alchemy again. 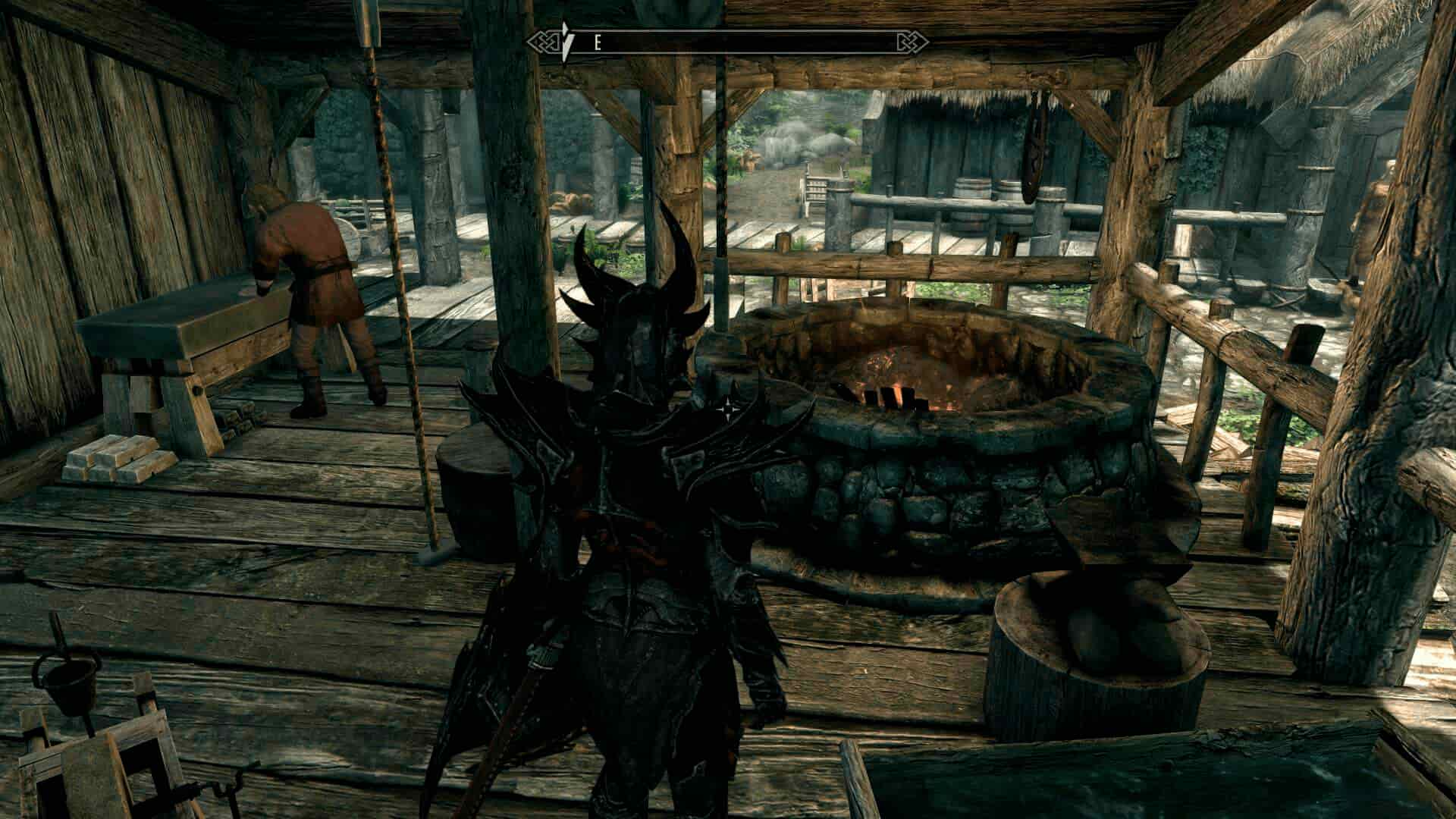 Blacksmithing is definitely useful to you at any stage of the game, so this skill is always necessary for you. However, make this skill Legendary is a very nice idea, because you can maximize this skill very quickly. While the good old exploit with a dagger has been fixed in the game, there is another trick that will also increase your spell, which will save you.

First of all, you need to stock up with the “Transmutation” spell and buy all the iron ingots that you can find at the blacksmiths. You can also walk around the mines and get a lot of iron. Then, using the “Transmute” spell, turn all of these bars into gold. Make sure you melt it to get gold bars. Then you can turn these ingots into gold rings, which you can either enchant to increase your enchanting skill, or simply sell for profit, which also increase your eloquence skill (I recomend enchanting).

You can find the “Transmutation” spell north of Whiterun, walk to the Stopped Flow camp, and you will find it in the mines after the last boss.

Hero: Short Film About the New Hero of Apex Legends

Sifu Will Get A Major Update In May