In this article, we will tell you about Alistair Theirin, one of the most popular heroes in the Dragon Age series. He is a bastard and one of two Gray Wardens who survived the Battle of Ostagar. A cheerful and good-natured guy, a former member of the Order of the Templars, he will be the first of the Dragon Age Origins companions and has a great influence on the game universe.

Moreover, Gray Warden Alistair will be meeting over the next two games.

Origin of the Alistair Theirin

The Gray Warden’s mother was a handmaid in the castle of Redcliffe who died when he was still very young, leaving him only a small amulet as a memory. A few months after her death, Earl Eamon Guerrin, who, according to rumors, was the father of Alistair, took the little boy to his castle.

Earl married Lady Isolde a few years later, who was not pleased with the rumors around her husband. There was no basis for suspicion: Alistair was in fact the son of a very famous and influential person, but it was King Maric Teirin himself, not Eamon. Nevertheless, Earl Redcliffe sheltered the boy to protect the honor of Queen Rowan, Maric’s wife. 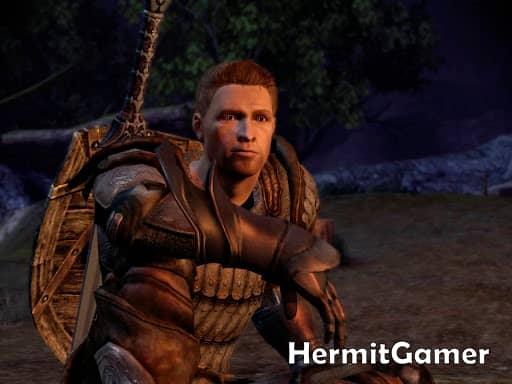 Alistair was sent as a ten-year-old to the nearest monastery by Isolde, where he was raised by the Church as a faithful servant. Alistair trained there for almost ten years, preparing to be a full member of the Order of the Templar.

An old friend and part-time commander of Ferelden’s Guardians, Duncan, noticed Alistair during a knightly tournament held in honor of the Gray Wardens. As Alistair stood out from the other templars, Duncan was deeply impressed by his character, tenacity, and kind and loyal nature. He was recruited into the Gray Warden’s order by using the right of summoning.

Participation in the Plot of Dragon Age Origins 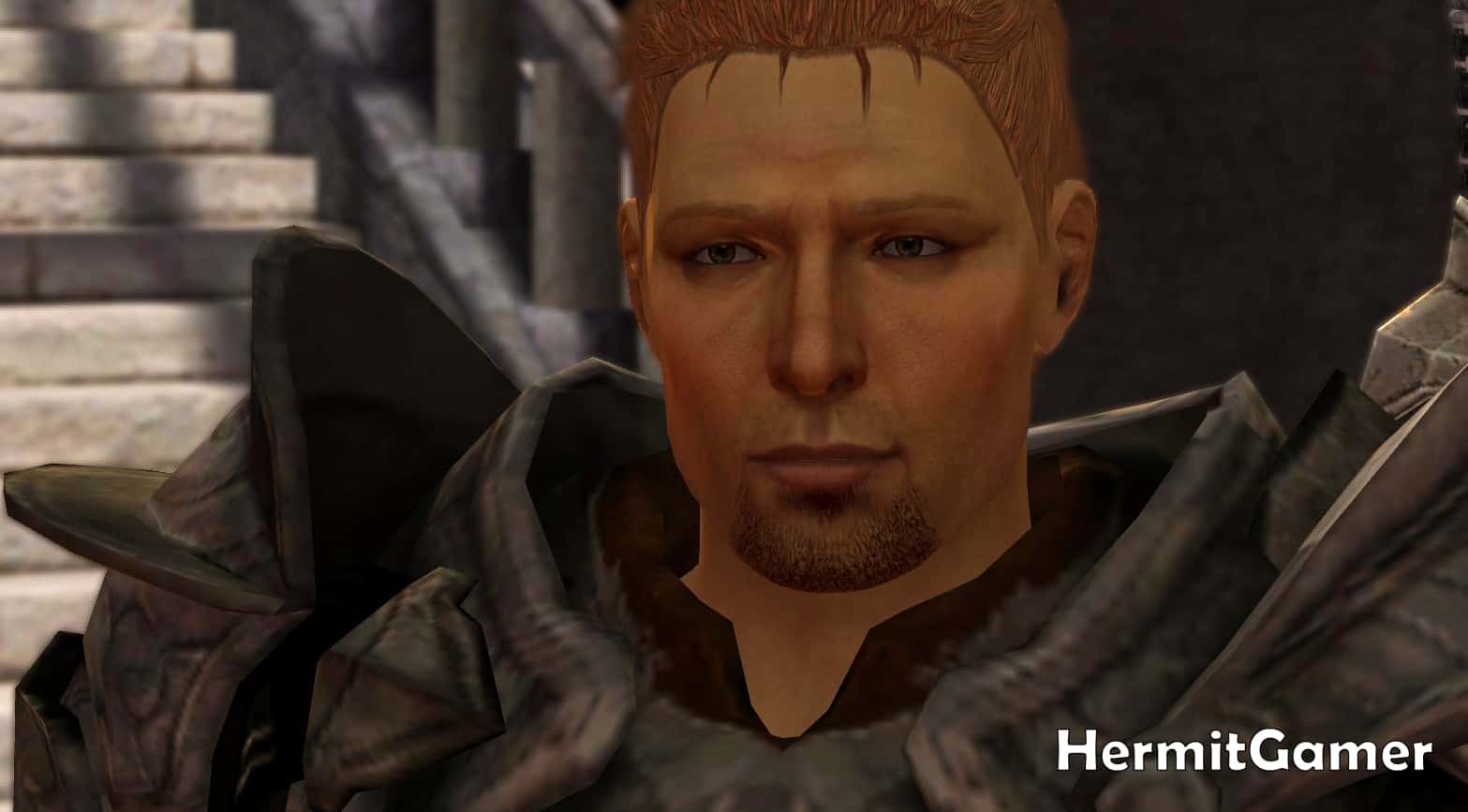 Recently recruited into the Ferelden Gray Wardens, Alistair is the first to join the player’s team in preparation for the Initiation ritual in Ostagar. And when Loghain betrays King Kaylan and condemns both him and Duncan and the rest of the Guardians to death, Alistair without hesitation hands the leadership flag into the hands of the newly made Guardian-player and intends to accompany him on all his travels. Taking seriously his duty to end the Fifth Blight, Alistair will not leave, even if the decisions made by the hero go against his personal beliefs.

Nevertheless, even realizing the whole difficulty of the path of a fighter against blight, the Grey Warden Alistair grieves the death of his mentor Duncan and the other members of the order who died at Ostagar. But although the Gray Wardens were a real family for him, and Alistair is very proud of his belonging to the order, he honestly talks about the sacrifices that the Guardians have to make in order to walk along the chosen path, and about the unenviable fate that awaits all those who have passed through the Initiation.

Deprived of parental warmth, Alistair is surprisingly sensitive to family values. Despite the fact that Lady Isolde made every effort to stop Earl Eamon’s castle from being his home, Alistair sincerely wishes to save both Earl’s wife and her son Connor. And if you take him with you to the chaotic Tower of the Circle, then the trap of the demon of idleness for Alistair will be the world of dreams, in which he happily lives with the family of his half-sister Goldanna, plays with her children and dines with his relatives.

The meeting with Goldanna can happen in reality, but it will turn out to be far from the expectations of Alistair, who dreamed of finding his sister: she considers her brother to be guilty of the death of his mother, blames him for her own poverty and does not particularly long for “family reunion”. Upon completion of a personal quest, during which a meeting with his sister takes place, you can toughen Alistair’s character. To do this, you need to leave Goldanna’s house, tell him: “Everyone thinks only of themselves. It’s time to know.” Then in the camp, Alistair will return to this conversation, and if the player confirms his words, he will become much more confident in himself and stop putting the needs of others above his own.

One of the key events in Aleistair’s life will be The Landsmeet. As the only known surviving child of King Maric, he has the right to take the throne and rule Ferelden, and may remain a simple Gray Guardian. But, despite his willingness to come to terms with other controversial decisions of the protagonist, Alistair will forever leave the player’s squad if he decides to save Loghain’s life and accept him as the Gray Guard. Having hardened his character earlier, the player can make a King Alistair, otherwise the failed heir to the throne will flee to the Free Mark and get drunk.

In addition, it is worth noting that if Alistair kills Loghain with his own hands, without previously accepting the offer to marry Anor, the Teirn’s daughter will urge the aristocrats to execute Alistair in order to take the throne herself. In this case, the player can intervene and save Alistair or let him die.

Alistair Theirin as a Romantic Interest 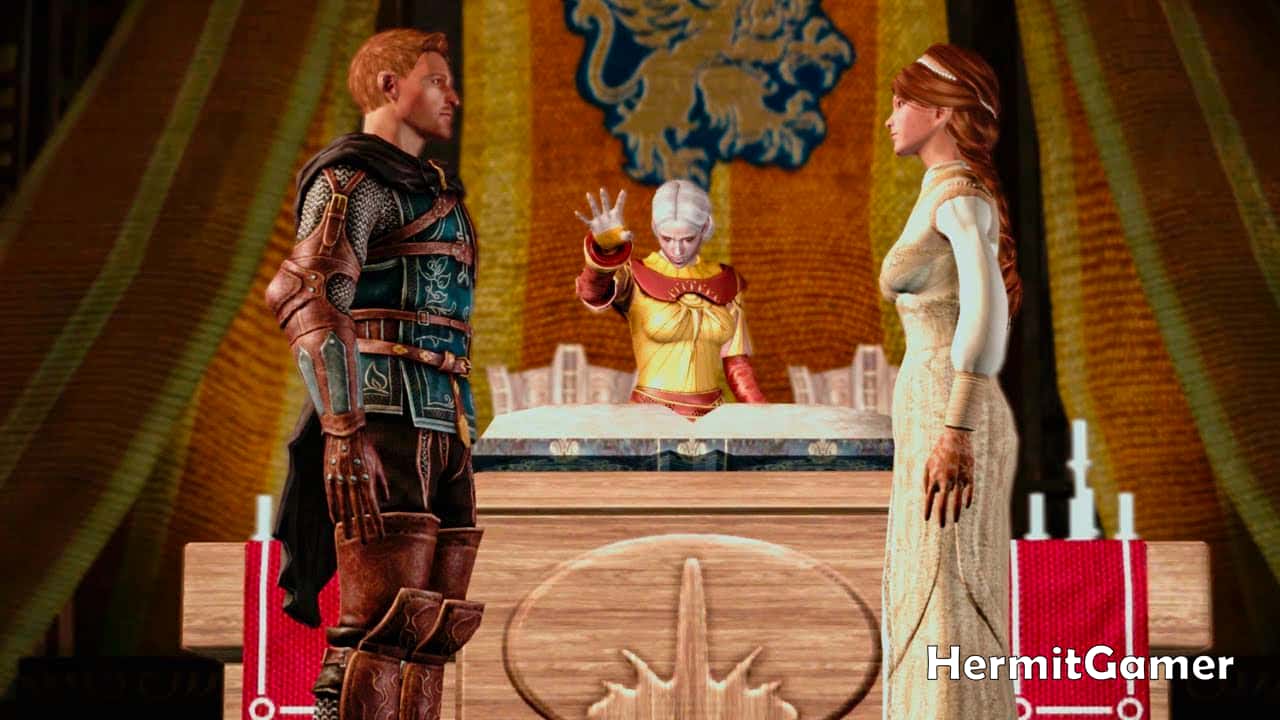 You can have a romance with Alistair only while playing a female character. In conversations, you will have many opportunities to start an affair with him. With a sufficiently high level of relationship, Alistair will give you a rose as a sign of his sympathy (and a signal for you that the romance is developing in the right direction).

Alistair can be invited to the tent of the main character, and depending on his location, he may refuse or not, but it is best to wait until he do it himself.

Only the relationships with Alistair has several endings:

Note for the main character of noble birth – If you do not want to be a queen and agree to remain just a sweetheart, then it does not matter whether Alistair marries Anora or not. If you persuade them to rule together, then you have the option to marry him, of course it won’t. 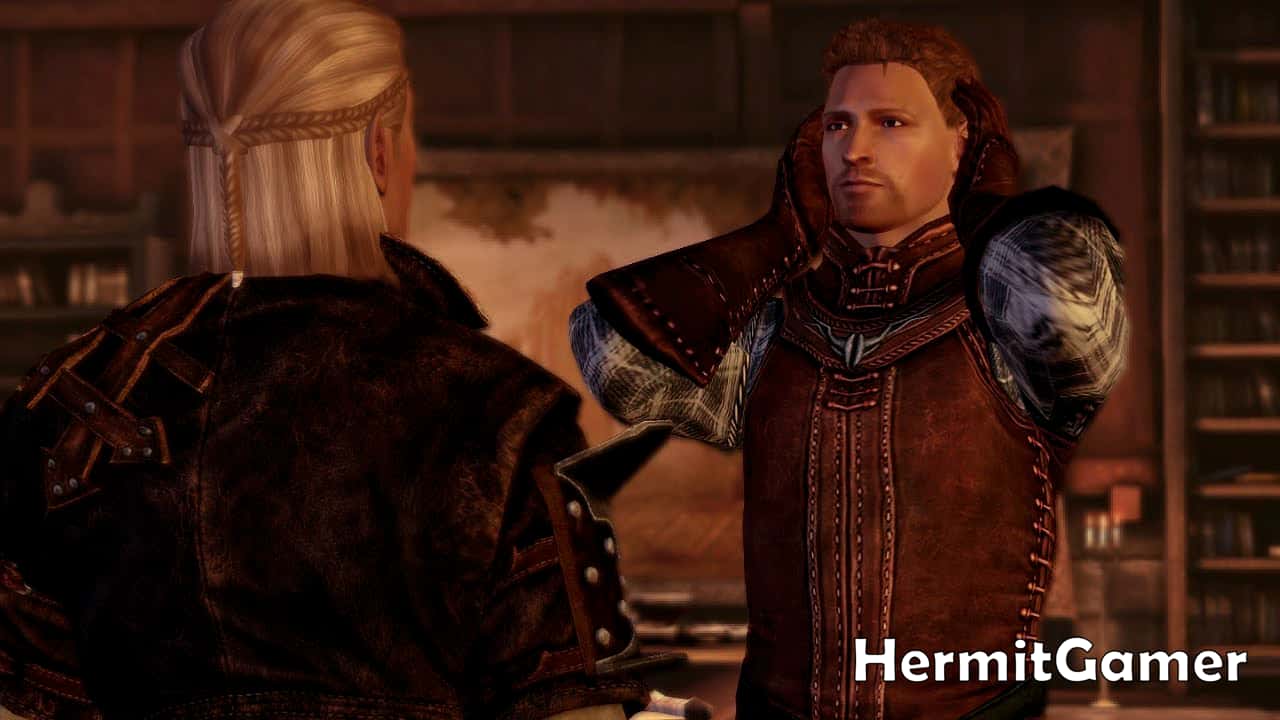 If you play as a kind character, then it will not be difficult to improve relations with Alistair.

Here are some basic tips on how to communicate with Alistair:

Gifts need to be presented to companions to increase the approval rating. How much the rating increases, depends on the value of the gift and the personal preferences of the party members. The total number of gifts in the game is limited.

Approval points are awarded as follows:

After you visit Radcliffe Village for the first time, the Grey Warden Alistair will tell you about his family. If his approval towards you is high enough, then during the next conversation he will mention his sister and ask, can you visit her with him in Denerim. The sister’s house will not be marked on the map this is the building next to Wade’s shop. All you have to do is get close to him with Alistair in the group — and he initiates a dialog in which he points to the house as his sister’s residence.

Listen to the conversation with Goldanna and answer as you please. When you find yourself on the street, you will have a chance to “harden” Alistair’s character. This will not really affect his behavior, except for some moments at the end of the game. The female protagonist, who is having an affair with Alistair Theirin and who wants to get a happy ending with him, is highly recommended tightening it up. 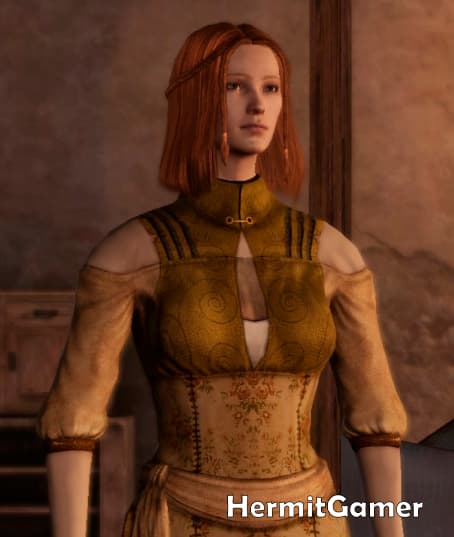 In order to toughen Alistair, after talking with Goldanna, choose in the conversation the option “Every man for himself … it’s time for you to understand this”, and after a conversation in the camp, where he will say that you are right, and he must make decisions on his own rather than relying on others, confirm that this is what you meant.

How to Make Alistair a King?

After you have collected all the allies, Earl Eamon will say that it is time to convene The Landsmeet. Complete all quests – there will be no turning back. Alistair will be a mandatory party member.

Before you go to The Landsmeet, you should complete a number of quests in order to choose the outcome that you need in the future. 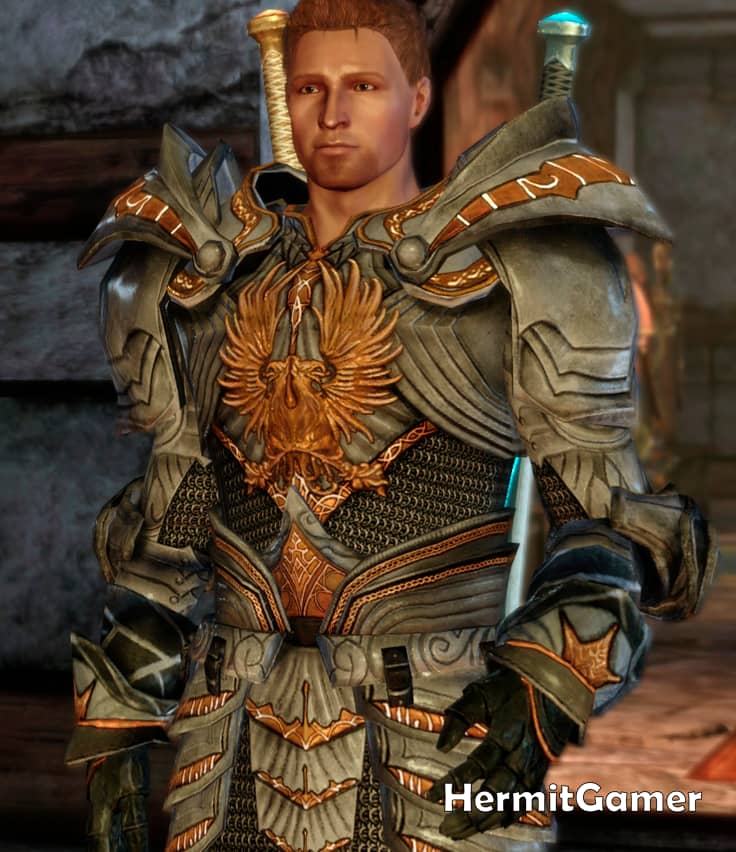 At The Landsmeet, you can convince the nobles to vote for you, or you will have to fight not only with Loghain, but also with his guards.

To win the vote, you need:

If you spoke to Anora after your release and promised to support her power, she will not betray you.

If you talked to Anora and agreed to marry Alistair Theirin, she will not betray you.

Anora will betray you if you: 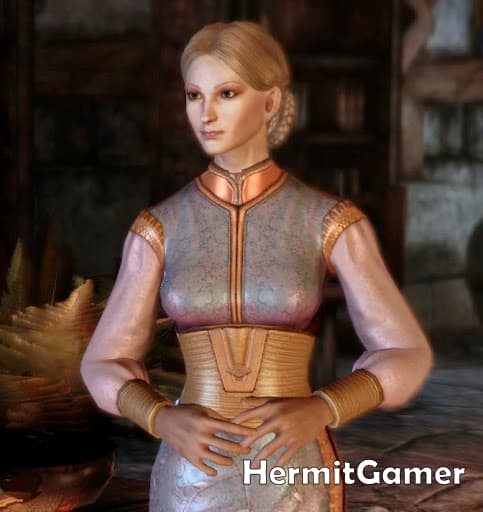 Depending on the choice of replicas, the outcome can be completely different.

1. If you have spared Loghain, and Alistair is not tougher, he will deliver an ultimatum:
either Loghain will be executed;
or Alistair leaves (you won’t see him again) – this option is available if Anora spares Alistair (persuasion is required).

2. If you have spared Loghain, and Alistair is tougher, depending on the choice of replicas:

3. If Loghain was killed by Alistair in a duel and he is tougher, Anora will refuse to marry him. Thus, you can choose who will remain on the throne – Alistair or Anora.

4. If Loghain was killed by Alistair in a duel and he is not toughened, then Alistair will stay with the Gray Wardens, because Anora will demand that he renounce all rights to the throne. In a conversation after the Meeting, he will thank you for not forcing him to become king against his will. Anora will rule alone.

5. A Cousland woman can become a queen, even if she did not have an affair with Alistair, but her conviction and his friendly attitude towards her is high enough. If you want this, then do not send Alistair to a duel – the dialogue will not appear.

6. If Alistair marries Anora and Loghain was killed by you, he will go with you to battle the Archdemon, and Anora will remain in charge of affairs.

7. Alistair-king will try to break off relations with Cousland. But if it is tightened, you can convince him that no one can force the king to do something that he does not like. Then you can maintain a love relationship.