Slay the Spire card game is one of those games in which you can get maximum relaxation without too much stress. The game has a storyline, well-developed and unexpected situations that offer several possible outcomes, as well as incredible combinations of cards. The most interesting thing about the game is that each playthrough is unique, and in each one you are gathering different combinations and artifacts. That’s why you want to play Slay the Spire again and again.

To describe the game Slay the Spire briefly, we can say that it is a roguelike dungeon game with a deck of cards and artifacts. It’s important not to compare it to other card games like Gwint, Hearthstone, or Magic: The Gathering, as they require you to build your deck initially.

In Slay the Spire, you have to build your deck as you go, each time choosing from a few random cards offered by the game. In addition to wins and losses, as you play, you notice how small decisions have an impact on achieving tangible results.

It only takes about an hour to complete the game (the game has a fast mode, which greatly speeds up the animations and overall completion time), which turns Slay the Spire into a fascinating cycle of defined actions in which you, depending on the situation, choose the right cards, the best path to the top of the spire, die and then take the knowledge you acquire with you for the next run.

When you accumulate a certain number of points, you unlock several new cards or relics after death, and you can use them in the next run. Furthermore, you become more experienced from race to race, and, over time, you start experimenting with different combinations of cards and relics, which is one of the most exciting parts of the game. These mechanics are very similar to those used in The Binding of Isaac.

In total, there are over 200 cards available in Slay the Spire, which are distributed among four characters. At the start of the game, you choose one of the heroes with a unique set of cards and features. At first, you will have access to a basic set of cards with which you will engage in your first battle. As you progress you will get new cards and artifacts, getting stronger.

It’s very important to keep track of every point of received damage and to know when you can attack or defend, since this can make a big difference in the long run. There are common situations where your opponent wants to do devastating damage and you only need 4-5 damage points to finish off a boss with 200-300 health points total. These minor decisions are very important, and can make a big difference to the outcome of your run. Slay the Spire has several mechanics that are worth considering as you go. The main one, of course, is deckbuilding – collecting new cards and creating your own deck. But, in addition to this, there are several other, equally important ones to consider.

One run to the top of the spire is divided into 3 main stages, or as they are called in the game, 3 acts. As you progress through the locations you will encounter increasingly difficult monsters. After each battle, you are offered a choice of 3 random cards, of which you can add only one to your deck, and gradually improve your deck. This way you form and strengthen your deck, gathering synergies and unique combos.

After each battle, you get some gold, which can be spent in the store to buy cards and artifacts, or you can use it in special, situational rooms, to get special relics, or to pay off thieves.

At the start of the race, you have only one basic relic (each character has a different one). As you progress, you’ll get new relics from bosses, elite enemies, chests, stores, or in situation rooms. They can both strengthen your character and weaken enemies. Some of them are simple and give you a boost in attack, agility, more energy for fight, or something like that. Other relics are only useful for certain cards and combinations.

In addition to cards, relics, and gold, Slay the Spire offers various potions that give you temporary boosts. As with everything else, different characters have their own potions that you won’t encounter when playing as others. The effects of the potions can also be strengthened, and you can increase their number. At this point in the game are available four classes to play:

Each of the characters has its own cards, relics, and several styles of play, on the basis of which you can build your strategy and deck.

For example, a rouge can pick up attacks and skills that impose a poison effect on enemies, which you can amplify and multiply with other cards, and inflict colossal passive damage on enemies. You can also go through a “sharpening” strategy, where you generate lots of free “sharpener” cards and amplify their damage, which adds up to give you a large amount of damage on enemies.

You can build a warrior through a deck on non-negotiable stats, where you deal damage to all enemies, multiply your power by losing your health, various talents and buffs, on burning cards, or on multiplying your defense.

Defect has several types of spheres, which can be strengthened, increase their number, and thus change the style of the character’s game. You can deal damage to all enemies at once with lightning spheres, or you can deal a lot of totality damage with timed spheres, or use an icy spheres to defend yourself and still deal physical attacks at the same time.

The monk has several “modes” that can be used for both attack and defense. They need to be switched in time and skillfully combined, otherwise you can be killed in just a couple of moves. There are also unique cards and a special “mode” around which you have to build a whole deck.

And it’s unspeakable emotions when you choose a strategy and manage to find all the cards you need for the combo. However, it’s not always luck, so sometimes you have to adapt, combine several strategies, look for the right artifacts depending on the situation and on the cards that are offered to you.

Slay the Spire Bosses and Monsters Among other things, Slay the Spire has many different enemies and bosses with their own unique features, talents, and attacks. Monsters don’t have cards, but rather fight like Pokémon, dealing damage, negative status effects, or improving their characteristics each turn. The art style of the monsters is somewhat reminiscent of Dungeons & Dragons, but it’s also unique and its own.

As you progress through, you’ll have to fight a variety of monsters: enemies with tentacles, creepy slugs, brigands, giant bird cultists, knights, and more obscure creatures.

During combat, each opponent’s intentions are always shown above: what it plans to do in his next turn. This can be an attack, putting a buff on yourself or a debuff on you, summoning a minion, and more. Thanks to this you have the opportunity to think your actions ahead, calculate the damage and adjust your combat tactics.

Enemies are randomly distributed on the dungeon map. You choose which direction to go, which rooms to enter, and, as you move up the Spire, enemies become harder and stronger. To make sure you don’t get bored with the game, the developers have added different modes and day races. The first one available to you is the Daily Climb, which adds different modifiers to a given run every day. After passing it you can compare your result with other players on the leaderboard.

After completing the Spire for one character, Slay the Spire opens up a new mode for you – Ascension. It adds 20 increasing levels of difficulty to the races. Each new level only opens after you pass the previous one and increases the health of the bosses, increases the number of enemies, or forces you to fight several of the bosses at once at the end of each act.

But even without all that, defeating the final boss in the fourth act of Slay the Spire is a challenge that will have you testing different combinations and going on new runs dozens of times.

Slay the Spire Mods and Add-ons At the moment, Slay the Spire releases updates and small improvements from time to time. For example, in one of these, a fourth character, Watcher, was added to the game.

Furthermore, there is a major mod that you can install on Steam for free – Slay the Spire Downfall. The mod allows you to play for the bosses of the original game, and in the role of the main opponents here are the past main characters. Each of the characters has its own unique cards and abilities. Overall, the mod is very large and allows you to look at the game from a different perspective.

Moreover, Slay the Spire has a lot of support from the modder community. Steam Workshop has many mods from players where you can experience new characters or enemies. At the time of writing this review, there are 46 achievements available in the game. Some of them can be obtained fairly quickly, but others, such as “Ascension 20” will force you to spend dozens of hours on the game. After completing the game for all the characters you get about half of the achievements.

Slay the Spire brings together the best traits and qualities of roguelike games, as well as a great mix of deck-building and dungeon-passing mechanics that has evolved into something new and unique. The game encourages experimentation with different strategies and challenges you as you make your way through the floors of Spire. The developers paired with the designers tried their best. The game is addictive and keeps you coming back to it again and again. Moreover, it is not a game where you need to spend a lot of time to get a lot of success, because new characters, maps, and artifacts are opened quickly and easily. 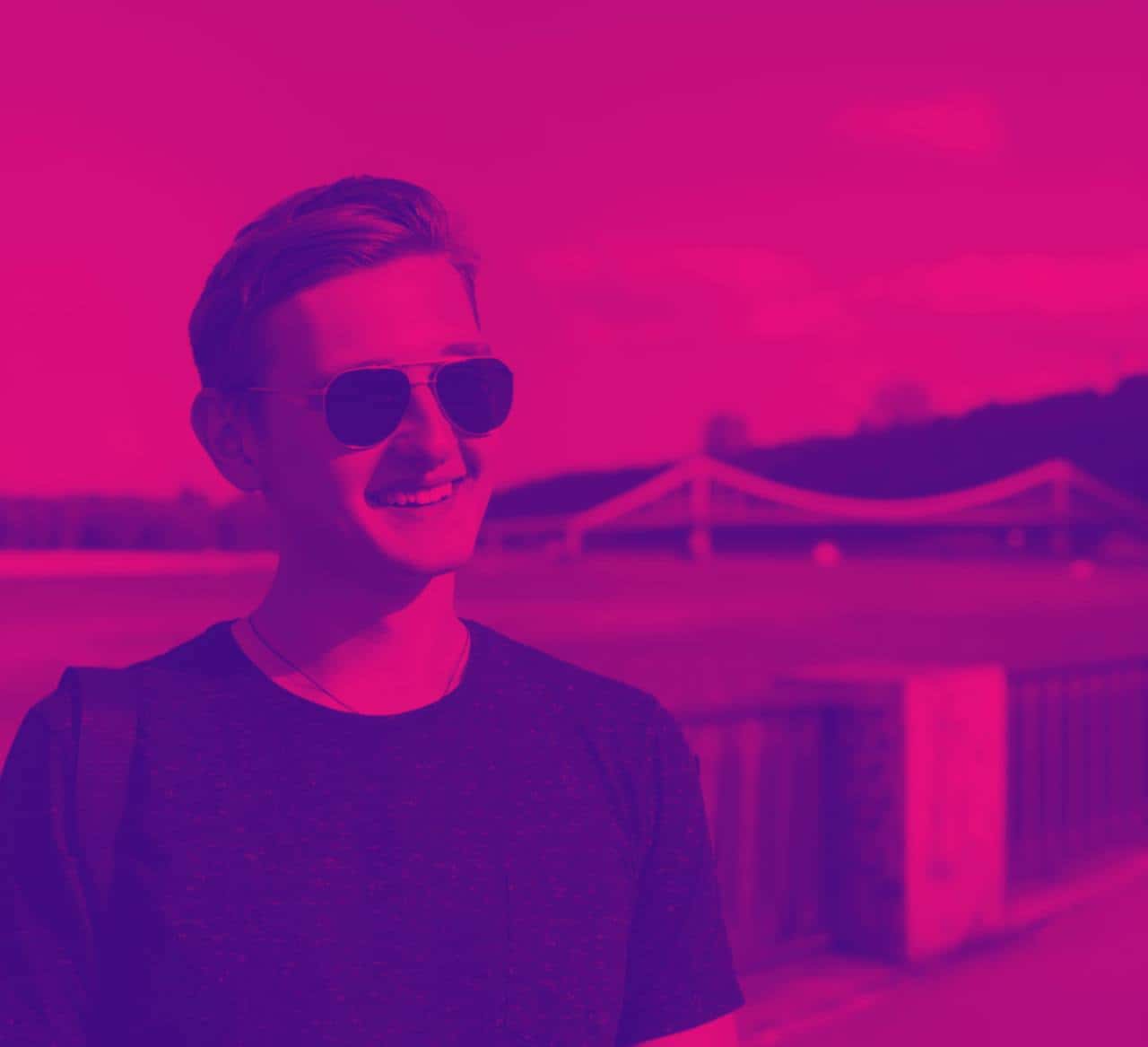 I’ve played Slay the Spire for over 50 hours, and had a lot of fun. I played mostly on my phone, which was especially helpful on a long road. The game looks simple, but, in fact, it makes you wiggle your brain, calculate moves and come up with strategies to win. 100% recommended!

It is not very easy. Firs of all, you need to pass the game on Ironclad, Silent and Defect. After that you will unlock special memory shards, which you need to collect in the run. If you collect all of them and beat the boss in 3 act – you will unlock the 4 act.

It's not as easy as it sounds, and there is no general way to pass all the characters. Trial and error test different strategies, keep an eye on your health, try not to make mistakes, improve your cards and collect combinations. You'll get there in time.

3. How Long to Beat Slay the Spire?

Just use the steam workshop, add the mods you like, and enjoy! They are all free and easy to install..

5. How to Unlock Ascension Mode?

You will unlock the ascension mode after you have passed all 3 bosses for one character. Each subsequent difficulty level is unlocked after you pass the previous one. There are a total of 20 of them.